Reviews of new collections by Scott Pyle and Don Wentworth

Poetic brevity is nothing new. The best-known form, the haiku, with its 17 syllables, dates from the 13th century. It influenced modernism’s founder, Ezra Pound, who wrote, “The image itself is speech. The image is the word beyond formulated language.” With its focus often on nature, the form finds profundity in concision.

While some practitioners veer toward confessionalism, it’s nice to see two Pittsburgh poets, Scott Pyle and Don Wentworth, embrace the spirit of haiku masters like Basho and Buson. Recent short collections — Pyle’s debut, Moving Leeward (Four-Color Studios), and Wentworth’s With a Deepening Presence (Six Gallery Press) — adapt the form’s traditional sensibilities to 21st-century life. That the books are pocket-sized and well crafted by local publishers is a bonus. 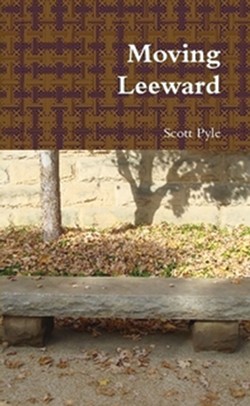 Moving Leeward often alludes to seeking help, through shelter or otherwise. The former EMT and current professional fireman’s work touches on the fragile nature of humanity, with one series embracing the physicality of a woodsy hike. In “On Hiking,” Pyle writes, “walk in shadows / pools of sunlight islands / archipelago / rivers and time / washing swiftly past / loose rocks underfoot /caught out / high on mountain as dark come / moving leeward …” While the haiku form here and elsewhere is imperfectly syllabic, the imagery, understated and thoughtful, allows readers’ thoughts to wander, as if in wilderness themselves.

This minimalism arrives a bit more well crafted in Wentworth’s 95-page Presence. Wentworth, publisher of Lilliput Review and retired librarian, sounds even more polished in his third collection, writing, “at my feet / the Milky Way wrapper / unfolding,” using the small picture to gain a sense of the bigger one. He stays in the moment with “each mistake / one step closer / to the path” and “at the funeral / complaining to you / how cold it is.” These bite-sized verses add up to something worldly and thoughtful.

With a beautiful epigraph by Asian scholar R.H. Blyth framing the section “eleven for laurie,” Wentworth sums up a worldview suitable for troubled times when he writes, “intervention / for anger / a falling / leaf.” Perhaps we’d do well keeping eyes peeled for tiny poetic flashes.