Weather topped the news in 35 percent of the shows 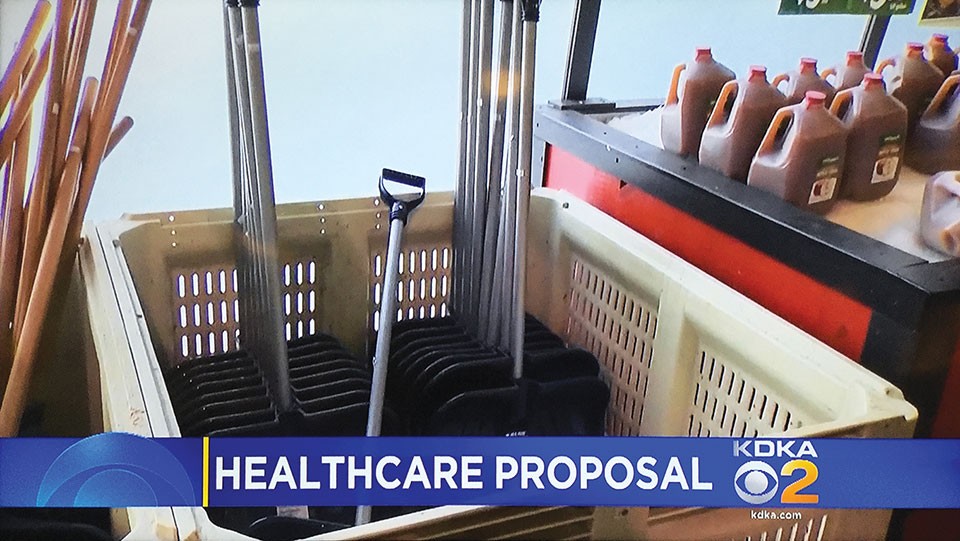 Our nation is on edge. There is a barrage of important national and international news, about events and policies that could significantly reshape our world and lives. So, yeah, we’re stressed! Take a media break, we’re advised. As if.

Well, after six weeks of looking at local Pittsburgh newscasts, I can tell you that relying only on such programs is a great way to avoid hearing about national and international events and policies.

>> “We’re getting reports ...”
>> There is just a map of a county as a story visual because no reporter is there.
>> It is 11 p.m. and the banner “breaking news” is running over a news story clearly shot in the daytime
>> Ask: Is this relevant to the community as a whole? Or just the guy whose retaining wall collapsed?
>> Ask: Would this even be on the news if it didn’t involve a dog, school bus, Steeler or fire?

It was an admittedly unscientific study. I recorded 54 half-hour evening local news broadcasts, at 6 and 11 p.m. I didn’t get them all — the DVR can grab only two channels, and there were sports delays and other programming conflicts — but I aimed for a mix of at least a couple newscasts a day. I watched them, noting what the lead story was and then how many minutes into the broadcast any issue of national significance was featured. (See chart.)

Weather topped the news in 35 percent of the shows I watched — whether it had happened, was happening or was expected to happen. (When aliens from the future assess our current media, they will surely be baffled by the primacy news programs gave to weather we remember living through.)

Many of the car crashes, fires and collapsing buildings reported didn’t involve any fatalities, or even serious injuries. Hard to explain why such material gets any news time, much less the coveted lead spot or teaser. Surely, “neighbors” would be better served learning about what is going on in Washington, D.C., Harrisburg and the City-County building, and how that affects them. Occasionally, local reporters grabbed a big issue and put it into a local context, such as the International Women’s Day march, or what Trump’s infrastructure proposal might mean in the region. Good work!

Some of the national pieces were lifted from network broadcasts, and offered broader reporting. But even these weren’t immune from corruption by the frantic hype the local news doles out. 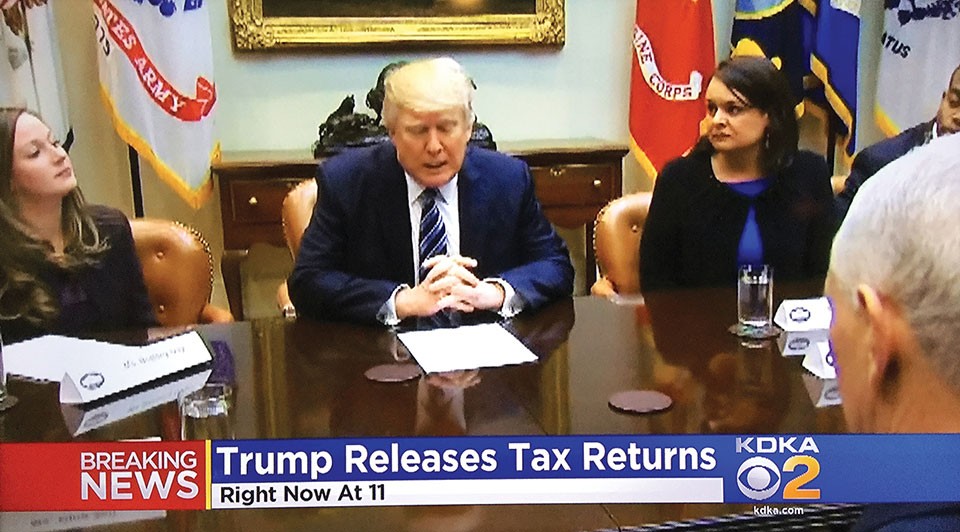 On March 14, KDKA’s 11 p.m. news trumpeted: “Breaking news: The White House releases President Trump’s tax return after a news show announced plans to do it.” A caption also repeated that “Trump releases tax returns.” But this statement is wrong.

Earlier that evening, The Rachel Maddow Show, on MSNBC, presented two pages of Donald Trump’s 2005 tax returns, which had been sent anonymously to journalist David Cay Johnston. Just prior to Maddow’s show, the White House issued a statement confirming the taxes were Trump’s. This is substantially different from Trump choosing to release his taxes — about which there has been a contentious year-long public debate — versus responding to somebody else making them public.

When KDKA ran the full story from the network pool (three minutes after the lead story “Spared by the Storm”), this distinction was clear: “The White House acknowledging President Trump’s income taxes … The White House released a statement …” [emphasis added].

If you want to stay informed about national news that still affects you at the local level —health-care policy, the federal budget, opioid abuse, Supreme Court pick or taxes — you’ll need to supplement your media diet with major newspapers and magazines, public radio, deep-dive podcasts and reliable web sites.

If you want to know about weather, car crashes, more weather, dogs, robberies, glue shortages, fires, other weather, teenagers getting in trouble, weather in other places, goats that cause fires, coat robberies, or colorful personal disputes (“Beaten over Bible verse … the role, police say, the Good Book may have played”), stay informed with local news.