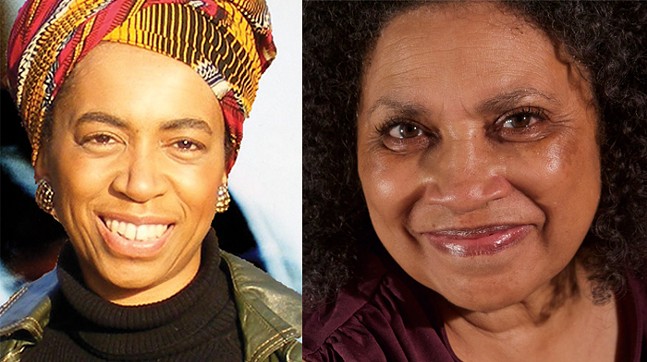 The theater will host Nadine M. Patterson and Martha Richards Conley for a year-long residency meant to support the production of their docudrama about Lewis Latimer, an under-recognized Black inventor who developed a successful light bulb filament in the 1880s.

The artists-in-residency is the first-ever created by the Tull Family Theater, which opened in 2017. In a press release, Tull executive director Carolina Thor says the program was brought on by challenges related to the COVID-19 pandemic.

“We are creating initiatives where our support of the cultural sector and the community can intersect," says Thor.

Funded through a grant from Arts | Equity | Reimagined Fund, the program is described as enabling the two women to make their film while also engaging "under-resourced youth in nearby communities." This includes bringing on young people in pre-apprentice roles, as well as folding in collaborations with companies in STEM fields.

Dr. Karen Ferrick-Roman, director of communications and education at Tull, says the residency officially started at the end of March and will continue at least until March 2022. She adds that the artists are receiving stipends and other financial support for their filmmaking, as well as access to the theater's technology and broad network. 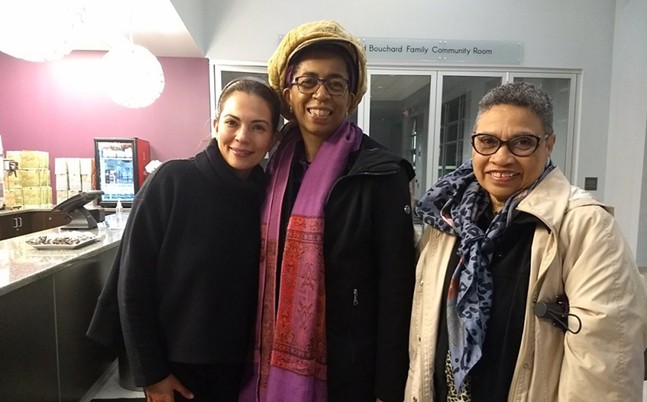 Courtesy of Tull Family Theater
From left: Carolina Thor, executive director of The Tull Family Theater; Nadine M. Patterson; and, Martha Richards Conley
Patterson has a background with the Tull Family Theater as an organizer for its Robert Morris University MoonDocs festivals, which brought Oscar-nominated producer Hébert Peck of I Am Not Your Negro and cinematographer Tom Bergmann. She has also made documentaries and other films, including We Are Free Because of Harriet Tubman, a "cinematic haiku" that made its world premiere at the Tull in 2019. She is also part of a new exhibition at the African American Museum in Philadelphia.

Conley has the distinction of being the first Black female graduate of the University of Pittsburgh School of Law and the first Black woman admitted to practice law in Allegheny County. Among her many accomplishments, Conley works as a volunteer for the advocacy group the Pennsylvania Prison Society, which she discussed when presenting Just Mercy, a film about wrongful convictions that screened at the Tull.

Conley and Patterson co-founded the nonprofit collective Sisters in Film and Television (SIFT) 215. Conley also served as assistant director on Patterson’s 2012 Shakespearean adaptation Tango Macbeth and co-produced Lost in the Hype, a local 2010 short documentary that Pittsburgh City Paper called "a fast-paced survey of how sports racism plays out in a town that's long linked its identity to athletics."