Trust us, Bill Maher — you don't want to talk to us for free.

You can't give free interviews to a free newspaper that just anyone can read or sleep under. 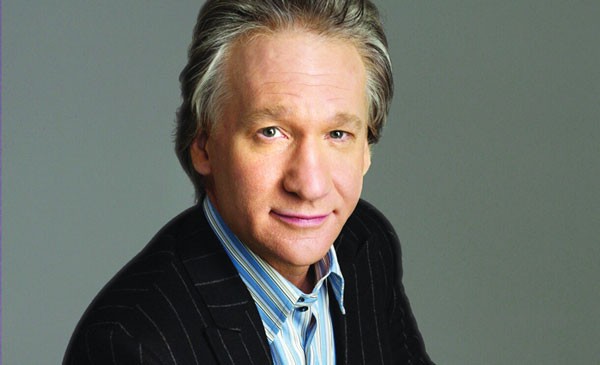 You can't talk for a living and then promote yourself by giving it away for free. That's bad for business — ask any prostitute. From now on, when Bill Maher charges $92.95 to hear him talk at the Byham Theater, we will not interview him. When the wheelchair section costs $62.75, you can't give free interviews to a free newspaper that just anyone can read or sleep under.

This is America: When we want to know about a celebrity's upcoming project, famous spouse or opinions on U.S. foreign policy — we call people who pose for Maxim, or who hit a ball with a stick.

Painters, musicians and actors are often terrible talkers — that's why we interview them. Today's reader doesn't need the humiliation of yet another display of unattainable talent; we want to see shooting stars brought to earth, at their most mediocre: talking.

"Now that's a confrontational painter/Czechoslovakian composer/legendary method actor I could have a beer with!" And if they're pretty, and maybe in a Twilight movie, we might put them on the cover.

"Wait," you think. "Bill Maher talks for free all the time — what about Politically Incorrect and Real Time With Bill Maher?" Yes, but those programs are not free: You foot the bill, my friends, by renting your synapses to advertisers and selling your browsing history.

And Maher writes books. Last year, he transcribed jokes from Real Time onto papyrus as The New New Rules: A Funny Look at How Everybody but Me Has Their Head Up Their Ass. And his documentary that upset all the "religulous" people was just another way of pointing out people with their head up their ass.

"Rules are the signposts that define where our rights end and those of our fellow citizens begin," writes Maher in The New Rules (2005). And he's determined "to establish new ones for a self-obsessed, success-by-any-means, get-mine culture."

If Bill Maher really wants us to promote his show, he must stop getting baked and calling City Paper in the middle of the night — the groveling voice-mails are getting embarrassing. From now on, he has to display his mediocrity through  finger-painting or interpretive dance — anything, really, so long as it doesn't comment, make people laugh or involve words.

No more fat jokes about Rush Limbaugh. We just can't bear it.