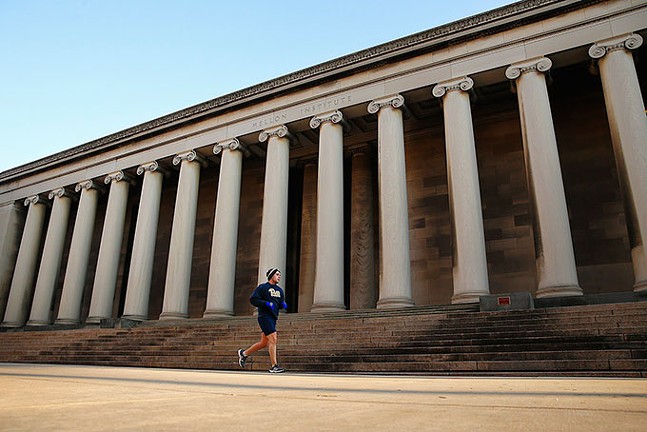 I have no single favorite architectural style. Mid-century modern? Queen Anne? Prairie? Parametric? I love nearly all, except the crappy and thoughtless. But I have done academic research in classical architecture — the many revivals of Greece and Rome. So when the style elicited national debate earlier this month, I hoped for a happier discussion than the one we have gotten.

Alas, the stimulus was a proposed presidential executive order, entitled “Making Federal Buildings Beautiful Again,” which stipulates all future federal architecture over $50 million must be classical.

Not surprisingly, organizations related to both current and historic architecture rushed to call the proposal a bad idea. The American Institute of Architects (AIA), the Society of Architectural Historians, the National Trust for Historic preservation and many more weighed in to reiterate the still-applicable “Guiding Principles for Federal Architecture” by Daniel Patrick Moynihan in 1962 that states, “An official style must be avoided.”

On one hand, this is just another presidential distraction. Get the pointy-headed architecture specialists (here!) to debate the niceties of style while serious horrors gallop onward unchecked — environmental degradation, children in border camps, the collapsing social safety net, rampant corruption.

Aren’t the best classical buildings — from the Lincoln Memorial and the Capitol to the Carnegie Museums and the Mellon Institute — embodiments of our highest aspirations for political freedom and cultural expression, anyway?

Yet these monuments’ status as admired relics rather than current players necessitates a debate that ardent traditionalists are loath to engage. The classical-only proposal relies instead on pernicious falsehoods that only seem truthy without real examination. 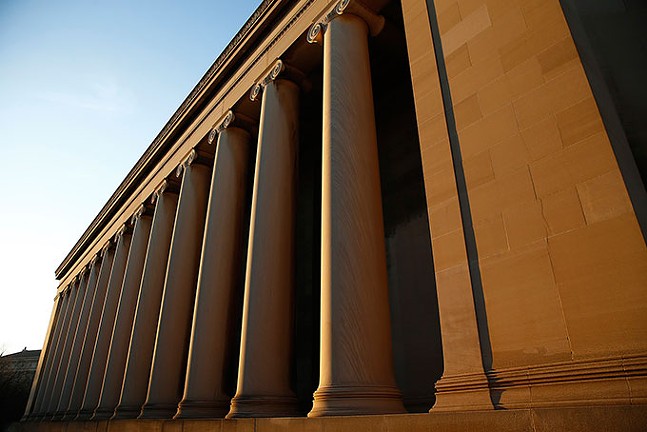 Traditional architecture is not necessarily better than modernism. I.M. Pei’s East Wing of the National Gallery of Art is a cherished modernist masterpiece, though Pei’s worst buildings are indeed dismal. Adjacent to Pei in D.C., John Russell Pope’s stridently classical National Gallery of Art (West Wing), is pompous, diffident, and inaccessible — a failure on many levels, though I still love it.

No, the “classical: good; modern: bad” correlation is an old fascist canard that would seem simply dumb and outdated today were it not still chillingly evil. Sorry, but the guy who rounded up modern art to be stigmatized as “degenerate” was indeed Hitler. The reductive voices calling modern architecture an insidious plot today may not be genocidal, but they are at best blindly nostalgic with little sense of the technological and economic forces driving architecture.

Also, insisting that classical/traditional architecture as the will of the people is logically fallacious and also documentedly untrue. In the AIA’s recent public survey of 150 favorite buildings, a strong contingent of modern works appears among the old-timers. Fallingwater, anyone?

It’s true, sadly, that many architects (and critics?) sometimes impose their elite tastes rather than cultivating grassroots enthusiasm in their processes. But at least as often, developers, engineers, clients, or planners impose horrible conditions over the protests of architects and critics.

The fascists have seized upon these vulnerabilities, and architects need to battle back with shrewd political maneuvering rather than just cerebral explanations.

The presidential order doesn’t really enfranchise the broader populace, it simply purges and vilifies genuine experts while imposing authoritarianism under false claims of the people more broadly. David Insinga, the chief architect of the General Services Administration and director of its much-lauded Design Excellence Program, resigned his position in protest, while the White House plans a President’s Committee for the Re-Beautification of Federal Architecture that specifically excludes professional architects or critics.

Classical architecture is, not incidentally, the whitest architecture, so it can only persist when it is critiqued or adapted, embraced, or contrasted by people of color. 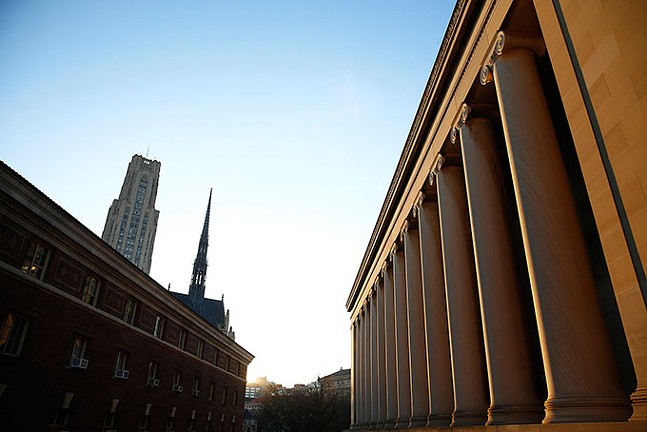 Surprisingly, the Smithsonian would have continued architectural leeway under the new edict, but no other large federal building would.

The government should mandate all kinds of things in federal architecture, and it does: safety, environmental performance, suitability to location, responsiveness to community.

But it must not silence expertise or wield any kind of architecture with authoritarian tactics.

It’s not the style. It’s the fascism.