"There were a lot of arguments about album artwork and restructuring contracts." 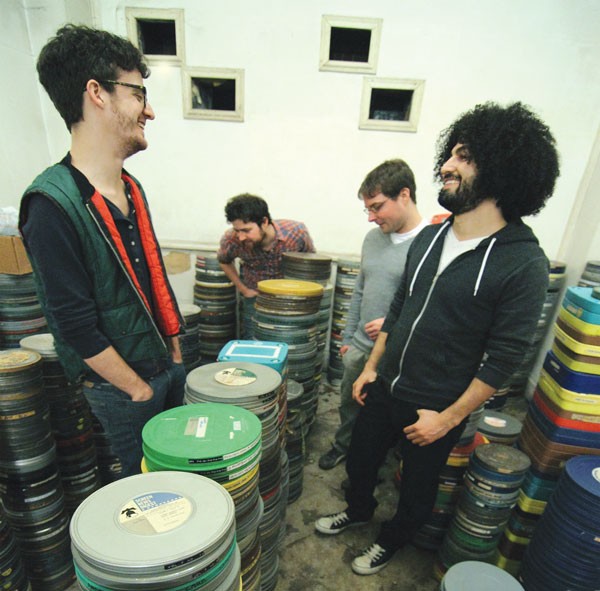 It's an old story by now: Band is "discovered," band inks deal with label, band is ignored by label and watches album go unreleased, band has to regroup and find a new strategy after a year or two of being held down by a contract. The difference for Triggers, though, is that the label the band was signed to, then largely ignored by, was a boutique label created expressly to release its record.

Triggers formed in 2005 out of the remnants of two local bands, The You (in which guitarist Adam Rousseau and drummer Rich Kawood, generally known as Woody, played) and Monarch (which included keyboardist Brett Zoric and original bassist Joe Salamond). Triggers was, at the time, composed of two members who were expelled from each of those bands, making it sort of the reform school of local rock bands.

"Our original bass player and I, when we would watch Adam and Woody's old band, we'd notice that the drummer and bass player — Adam played bass — were really good," recalls Zoric. "And Adam and Woody would watch our old band and say, 'Joe and Brett, they're pretty cool.'" (Salamond later bowed out and was replaced by another Joe, current bassist Joe Kasler.)

While the band was recording its first release, Smoke Show, with producer John Hiler, the members encountered Kyle McCulloch at a show at the 31st Street Pub. McCulloch, a writer and producer for TV shows like South Park and That's My Bush, was in town "looking at a church he wanted to buy," explains Rousseau, and liked the band enough to want to invest. McCulloch and Hiler formed the ominously named Anomaly Records, with a one-band roster.

"The label was basically created just for us," says Rousseau. The Anomaly website, such as it is, lists Triggers as its only act, and claims the motto, "What we like, when we like it."

In the fall of 2010, Triggers toured across the country, the destination being Los Angeles, where the band would spend three weeks recording with Dave Trumfio, whose many production credits include Wilco's Summerteeth and OK Go's Get Over It. The band tracked the entirety of Forcing a Smile, Triggers' second full-length, co-producing it themselves, and Trumfio mixed it.

Then things got weird.

"After the album was recorded, things just got really bad," says Rousseau. "There were a lot of arguments about album artwork and restructuring contracts — it took up a tremendous amount of time and energy." The album was mastered last May; everything that delayed its release for nearly a year after that was purely bureaucratic. "Basically," Rousseau says, McCulloch "won't even return our emails at this point."

McCulloch "is a super-creative person — he's used to standing up for what he wants," Zoric postulates. "He doesn't do things for business reasons; he does it because he likes it or he doesn't like it. "

Forcing a Smile finally had its soft release in February and is officially released this weekend with a show at Brillobox. It's an eclectic bunch of songs that's high on studio quality and precise musicianship. The band expands on its power-pop base with '90s Britpop sounds and an array of instruments the members culled during the L.A. studio sessions (banjo, Mellotron). It's got more than its share of upbeat pop gems ("In the Offing" and the almost Dischord-sounding "I Didn't Sign Up For This" could find a place on anyone's indie-rock playlist) and sounds impeccable.

"Going to record [at Trumfio's studio] made everything worthwhile for me," says Zoric. But that doesn't mean they'll be going back. "At this point," he says, "We've learned so much about recording that we've pretty much all agreed that we want to record our next record ourselves."

Has the experience soured the band on the idea of label support?

"Absolutely, for me," says Zoric.

Rousseau takes a slightly more nuanced view: "It soured me on the idea of taking a chance working with someone who has no experience, and just having a blind faith — 'This person is in show business, they clearly know what they're doing!'"

It's a long, hard lesson learned for Triggers; the members are now looking to record their next album at their North Point Breeze practice space, and take it from there. If nothing else, they got a great album out of the ordeal — and a good story to tell.

"It's definitely a unique situation," says Rousseau. "I've never met anyone, or read about another band, who met a person they didn't know who started a label for them, then had this incredibly volatile relationship. It's very strange."