Trans-Q Live! at The Warhol

Local artists will dominate the fourth edition of Trans-Q Live!, a queer evening of dance, poetry, music and film/video on Fri., Sept. 15, at The Andy Warhol Museum.

Hosted once again by Joseph Hall, this 90-minute pop cabaret/variety show at the 100-seat Warhol Theater will have more of an emphasis than previously on movement and video, says Scott Andrew, who produced the show along with Hall and Suzie Silver.

Other screenings include “In the Tree,” by Los Angeles sound, video and performance artist Anna Luisa Petrisko, a.k.a. Jeepney. The video follows an anonymous figure through what she calls “fresh mythological landscapes” and features Petrisko’s trademark hand-painted bodysuits.

Also being shown are several of internet sensation Norman Freeman’s prank and parodies videos; an excerpt from a work by Brooklyn-based Peter Clough, whose bio says he “uses video, photography, sculpture and projection to create hybrid spaces”; and Bellingham, Wash.-based Chris E. Vargas’ “Have You Ever Seen a Transsexual Before?” (2010). Vargas tackles issues of gender self-determination by going to a series of mostly outdoor spaces in the U.S., including Death Valley and The Church of Jesus Christ of Latter-day Saints headquarters, in Salt Lake City, and flashing them while calling out, “Have you ever seen a transsexual before?” 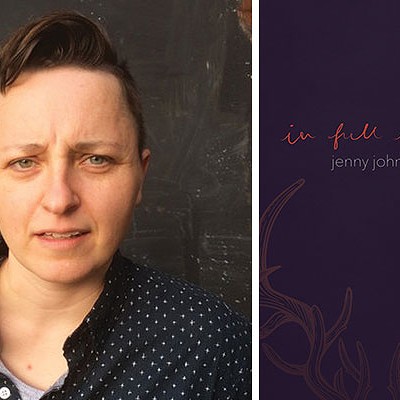