Trans Q Live!, a showcase for LGBTQ+ performers, returns for its seventh year 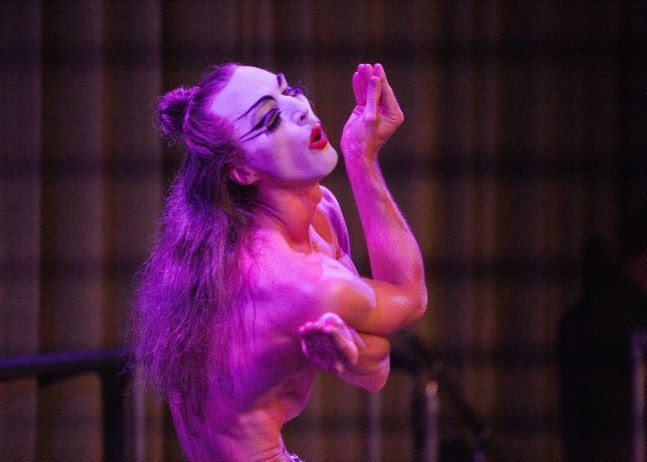 Photo: Sean Carroll
Jesse Factor performing at the 2019 TQ Live!
Trans Q Live!, also known as TQ Live!, is set to return for the seventh installment of its annual performance showcase on Fri., Aug. 27. Unlike previous shows at The Andy Warhol Museum, this year's TQ Live! will take place in Carnegie Museum of Art's Sculpture Courtyard.


TQ Live! co-producer Scott Andrew says their mission is to present an evening of “dazzling” queer performance, dance, poetry, comedy, resplendent fantasies, music, and more. He adds that work by artists showcased in the program is typically undervalued because they're LGBTQ+ identified, but TQ Live! seeks to put them in the spotlight.

“Our ideal goal is to bring various queer, nonbinary, and trans community performers and audience members together for an annual celebration that is almost like a type of homecoming where we can share our joy despite the challenges and honors we face daily,” says Andrew.

This year's performance will feature a variety of Pittsburgh favorites as well as out-of-town talents. The Dragon Sisters (NYC) will be joined by Duane Binion, Drake Phouasavanh, Jasmine Hearn, Remy Black, Samira Mendoza, Sensual Asexual, The Childlike Empress, Caleb Gonzales, and sarah huny young, who is also guest-curating the show. The show will also feature video portraits from the series “Life is Drag” by Rachel Rampleman (NYC).

TQ Live! first grew out of Trans-Q TV, a course at Carnegie Mellon University that documented the work of LGBTQ+ performers through a video variety show format. Over the years of its run, the program showcased work by artists including LE1F, Narcissister, Zackary Drucker, and more.

The program evolved into TQ Live! in 2013, and took place at The Andy Warhol Museum from 2013-19. Over its tenure, TQ Live! has hosted recognizable names from the art world including Mrs. Kasha Davis, MICHIYAYA, and Amelia Bande. At least one of the performers involved in the program has been brought on to participate in a greater capacity.

“My role initially in the inaugural year of TQ Live! was as a featured performer, where I presented a movement and wearable sculpture-based performance with artist and designer Stephanie Ross," says Andrew. "Since 2014, I have worked as a co-curator and organizer, along with Suzie Silver and Joseph Hall, and this year, we added sarah huny young to our team as guest curator."

If you have ever been to a TQ Live! performance, you know it is filled with color, positive energy, and uniquely talented artists that bring a perspective you may not have heard before. This is intentional on the part of the curators of the event, who say they want to create an experience that is one-of-a-kind.

“We love an over-the-top spectacle of queer excitement, as much as the more reserved, contemplative, and experimental ambient works that we have presented over the years," says Andrew. "Typically, we are looking to strike a balance between elements of humor, intrigue, and positivity, with aesthetic and technical mastery and experimentation."

Andrew says there are many things to be excited about with this year's program, including the new partnership with CMOA, and working with Dana Bishop-Root, director of dducation and public programming. He says the partnership with young is also exciting, as she has brought on some new programming like “a circus style vogue, burlesque, and musical spectacle.”

The event has been made possible by contributions from the Opportunity Fund, the STUDIO for Creative Inquiry, and the School of Art at CMU.

“There are many ways you can get involved in TQ Live!,” says Andrew. “Bring your $$$ tips for our performers who know how to WERK IT! You can check out all of our past performances on our website, and if you are interested in being considered to perform at a future TQ Live! event, please reach out to us via Instagram, Facebook, or through our website.”
Trans Q Live! 7-11 p.m. Fri., Aug. 27. Carnegie Museum of Art's Sculpture Garden, 4400 Forbes Ave., Oakland. "Pay what you wish." $10 suggested donation. facebook.com/TQLive 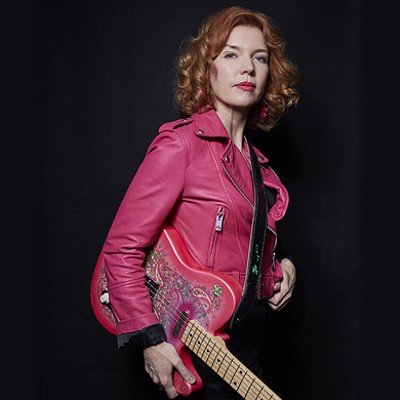