"I think we're a band that just naturally, progressively expands our sound." 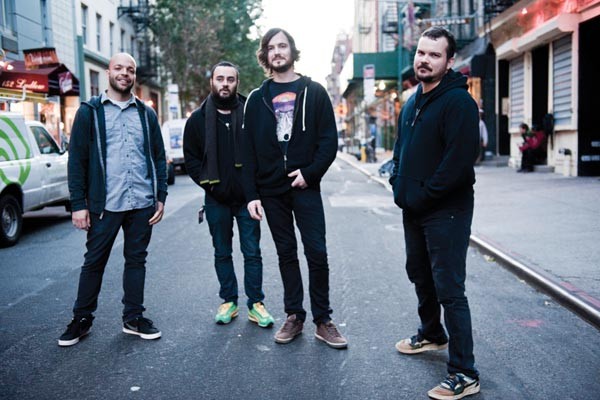 Photo courtesy of Gary Copeland
All aboard the Harmonicraft: Torche

TORCHE and KVELERTAK open for CONVERGE.

When Torche came to Pittsburgh for the first time, in 2005, it was for the most part a sludgy stoner-metal band. Comprising ex-members of bands like the '90s Florida doom band Floor, the group was impressive technically, but was positioned well within an established order of things.

Fast-forward to 2012: Torche's third full-length, Harmonicraft, was released earlier this year on Volcom Entertainment, and it's an epic, loud, pop-inflected rock album — huge and aggressive, but with barely a hint of the band's sludge origins.

"Where we are today, our year is based around being on the road," explains bassist Jonathan Nunez. "And the benefit of that is, you end up writing what you want to be playing live. At least for us, we want something that's going to put us in a rock 'n' roll mood.

"I listen to the beginnings of the band: There were leftover Floor songs, there were other songs that we wrote along the way, and those are cool, [but] I think as time went on, we all got comfortable playing with each other, and that started changing, or building, our sound. I like to say 'building,' not 'changing.'"

Either word could apply. Stoner purists might take issue with what Torche has become — a Pitchfork review of the band's second full-length used the phrase "a non-suck Foo Fighters." But at the same time, Torche's members are clearly more comfortable in their skin with each new record, and what the band is doing as a heavy, melodic rock band is better than what basically other bands of the ilk are doing right now.

The reviews for Harmonicraft have been largely positive: While some wonder if Torche's growth as a band has been a bit slow (a concern that might be bolstered by the fact that this is only its third full-length in eight years), there's one point on which there's near-unanimity: that Torche does good, straightforward hard rock at a time when that's a scarce product.

That four-year lag period included the departure, in 2008, of original second guitarist Juan Montoya, and the addition last year of Andrew Elstner. (Nunez, guitarist/vocalist Steve Brooks and drummer Rick Smith have been in the band for the duration, and toured for a time as a three-piece.)

"I don't think anything changed, specifically, when we added Andrew," says Nunez. "I think we're a band that just naturally, progressively expands our sound."

When a band's been playing for eight years, and has achieved a certain degree of success, the question then becomes what the next goal is. Nunez says that's an easy one to answer.

"It's for us to be happy, fulfilled with our efforts and how everything came together, and just knowing that we're proud of it. It's a great feeling to know other people like it, too, but that comes hand-in-hand with putting out something quality. Something that's the next step in your catalog, progression-wise."