Brian Eno once said the Velvet Underground sold a minimal number of albums, but everyone who bought them was inspired to form their own band. The implication is that the band’s ripple effect greatly exceeded industry goals and expectations. By the same token, it could probably be said that Television — one of the original bands to put the late New York club CBGB on the musical map — had a similar impact.

Between the Ramones’ primal, two-minute-or-less power-chord blasts and Talking Heads’ herky-jerky attempts at pop, Television occupied a unique space. While their peers shunned proper “lead” guitars, Television’s Tom Verlaine and Richard Lloyd not only soloed, they did it incredibly well. They stretched songs past the 10-minute mark, building in intensity akin to jazz musicians, but in six-string voices that fit in with the burgeoning punk scene.

“Little Johnny Jewel,” the 1975 debut single, splits a vamp of a song over two sides. Lloyd and Verlaine each engages in a combination of frantic plinking, bluesy bends that touch on Neil Young and — in the second half — a loop that sounds like a spastic version of jazz guitarist Grant Green. While English punks The Clash dismissed the Rolling Stones in their song “1977,” Television wasn’t opposed to encoring with “Satisfaction.” And it sounded much closer to the original than Devo’s rewiring of that classic. Live, the band dug deeper into music history, covering the 13th Floor Elevators and Bob Dylan. Their close friends, the Patti Smith Group, drank from the same musical well, but the execution was vastly different. 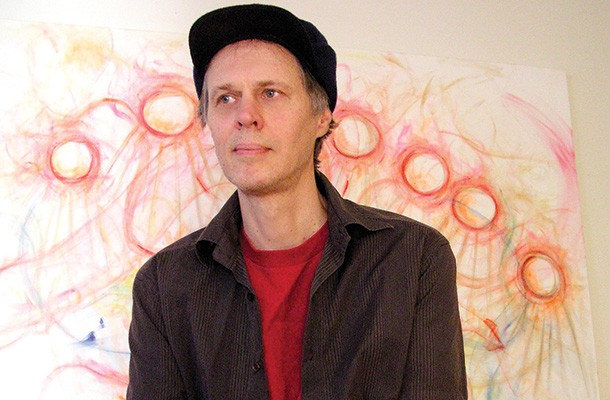 Like any punk band worth its salt, Television released just two albums before breaking up: the astounding Marquee Moon (which even Rolling Stone noticed and included on one of its umpteen “500 Best Albums of All Time” lists) and the intriguing Adventure. Verlaine and Lloyd embarked on solo careers, but the original lineup got back together and released a self-titled third album in 1992. Live performances of their first run appeared in the meantime, building further on its history. A performance in San Francisco from Television’s final 1978 tour shows the group in top form, with songs segueing seamlessly into one another, guitars instinctually weaving together.

Lloyd left the group amicably eight years ago, replaced by Jimmy Rip, who has played with Verlaine’s solo group since the early ’80s. With original bassist Fred Smith and drummer Billy Ficca also on board, this local performance has been eagerly anticipated, to put it mildly. Verlaine is no stranger to Pittsburgh, having appeared at The Andy Warhol Museum and the Regent Square Theater in recent years, accompanying films. But this is the first appearance by his band proper.

While Verlaine’s guitar work can be expansive and dream-like, his high-pitched vocals always had a great deal of understatement to them, even while unraveling poetic imagery in songs like “Friction” and “Marquee Moon.” So it shouldn’t be surprising that his offstage manner is similar.

For one thing, Verlaine has more perspective on CBGB, which became something of a mecca to fans before closing in 2006. “To be honest, there’s not a lot of ‘memories’ about that spot,” he says via email. “And I never run into any of the people that played there. I do still see Patti Smith a few times a year … just did a mostly poetry show with her about a year ago. No drums, just guitar and her daughter on keyboards. [It was] very fun!”

Legend holds that Television used to practice six days a week, and the interplay between Lloyd and Verlaine on Marquee Moon seems to justify the claim. “It’s basically a ‘live’ record with the mistakes patched up and some editing here and there,” Verlaine says. “Playing the record live took quite a few rehearsals! There’s a few odd chords I still have not figured out.”

As far as the album being worthy of rock-critic terms like “seminal” or “influential,” Verlaine is also matter-of-fact about it. ‘I never think of it in any context in particular,” he writes. “It seems to get re-discovered by a new generation every 10 years or so. That’s kinda cool.” The new generation of fans, incidentally, has spread to South America, where the band has toured three times in the past few years, as well as Korea and Japan, where it traveled this year.

Television isn’t going to live off its back catalog either. Verlaine says the band has 14 tracks recorded for a new album, although no release date has been set yet. The group also worked up three new songs during a tour of Japan. “That's my favorite place to play now,” he writes. “No one videos the shows on their cellphones or such. They like just listening, so it is a very good audience to play to, [and] to improvise to."