The Hollywood star in town filming Mister Rogers biopic to attend voter-registration rally at 6:30 in Oakland. 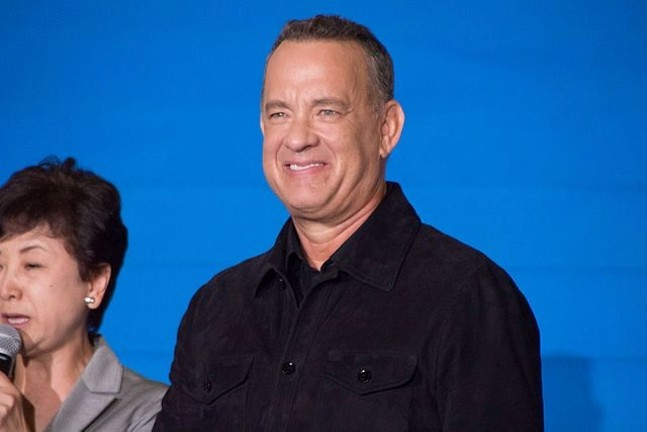 Tom Hanks
There are just two weeks left to register to vote in Pennsylvania’s upcoming midterm elections. After October 9, those who haven't registered will not be allowed to vote in what could be the most consequential midterm elections in decades.

Tuesday night at Soldiers & Sailors Memorial Hall and Museum, Hanks will be headlining the When We All Vote event. Local celebrities will also be in attendance, such as Pittsburgh Steelers running back James Conner, fashion designer Kiya Tomlin, and Steelers executive Jim Rooney.

The free event in Oakland is part of When We All Vote’s push to host around 2,000 voting drives across the U.S. The group is a new national nonpartisan nonprofit and according to a press release, whose purpose is “to recruit more volunteers, educate, register voters, and get them ready to vote every election.”

Hanks is a co-chair of When We All Vote, along with former first lady Michelle Obama, NBA star Chris Paul, and country artists Faith Hill and Tim McGraw. Pittsburgh is fortunate to have its voting-registration event fall on National Voter Registration Day.

Participants at the Soldiers & Sailors event must register before hand to attend.

To paraphrase one of Hank’s most famous films, Forrest Gump, “Vote, Pittsburgh, Vote!” [Editor: sorry you had to read that.]