"If that's your answer, then you just shouldn't have an opinion at all — just shut up from there on."

Even if you've never owned a Todd Rundgren record, you probably know his hits, including the bizarre anti-work anthem "Bang on the Drum All Day." A songwriter, multi-instrumentalist and fearless experimenter, Rundgren has also produced records for everyone from The Band to Bad Religion. He released his 24th studio album, the electro-world-fusion-y Global, earlier this year, and plays a sold-out show at Stage AE on Saturday. He caught up with City Paper before embarking on his next tour.

Global has some really cynical moments and some sincere-seeming moments. Where are you coming from here?

I was trying to be something of a cheerleader, I guess, particularly for the planet and for the people who care about the planet. [I've never] done a specifically ecological record before, and I just felt like it was time to do one. To try and get people to feel like they can work together on problems and get them solved, somehow. 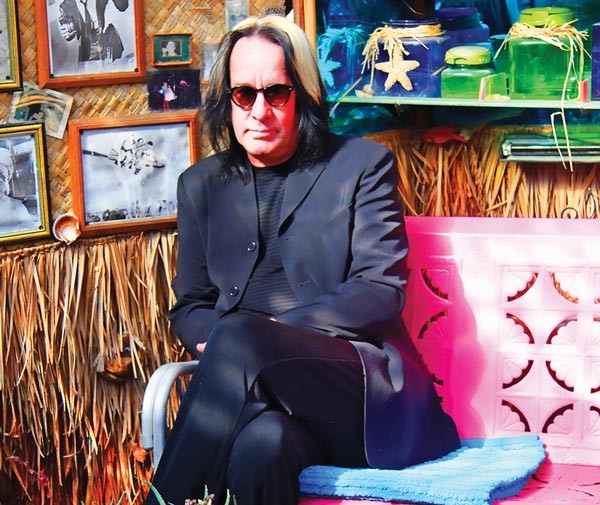 "Blind" has some scathing words for climate-change deniers. Are you venting or trying to change people's minds?

I don't know whether it's possible to change people's minds. It's probably venting. When you ask [someone] a direct question like, "Do you think humans are having an effect on the climate?" And the first thing they say is, "Well, I'm not a scientist." If that's your answer, then you just shouldn't have an opinion at all — just shut up from there on. It's like, you're making yourself seem more credible because you know less. I don't understand why other people don't get as angry as I do about it.

You've always been prolific ... have your creative juices slowed over time?

Not really. I don't make as many records as I used to, but I've found that lately there isn't any sort of bottom or limit to my ability to come up with new material. I've been working on a project with The Roots where they send me tracks that they've recorded, and I write and sing songs over top of that, and that's going pretty effortlessly as well. I figure that as long as I have a clear head about what I want to write about, the material will come to me and it won't be subconsciously a copy of something I've already done. Even though I realize that's always possible.

Have you ever had the fear of alienating your fans by getting too weird?

Because I was a record producer, I never had to worry about the economics of my own music. I never had to fret that an album wouldn't sell enough, and I'd be out of the business. It was never me consciously trying to tweak the audience — [I was just] taking full advantage of the freedom I had created for myself. That kind of attitude just never went away. [Laughs] I still try to think of my music-making as separate [from] where, more or less, the industry is at. The only purpose it serves is to satisfy my musical curiosity, and [hopefully] my fans enjoy watching that process.