Another ethereal work from Terrence Malick with copious symbolis 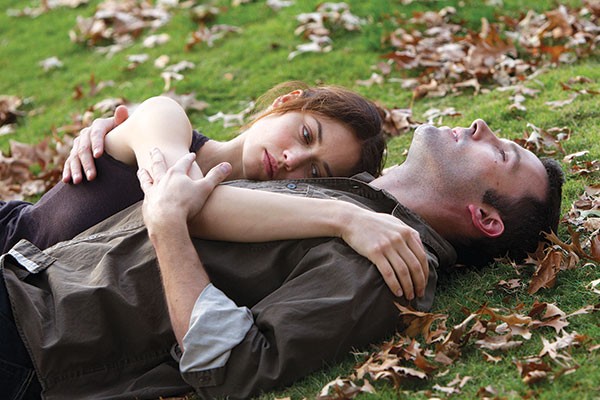 Like leaves in the grass: Olga Kurylenko and Ben Affleck

In English, and French, Spanish and Italian, with subtitles.

Terrence Malick's new film, To the Wonder, has a recondite title, but it's not as hard to figure out as it desperately wants to be. It's his philosophical sequel to The Tree of Life, a contemplation of love, faith, trust, nature, loneliness, suffering and the banality and mendacity of the American Dream. In some ways it's a student film, with symbolism so copious that you just want it to be over so you can take the quiz before you forget it all.

A philosopher by degree whose masterpiece is Badlands, Malick has worked more frequently since The Thin Red Line, an outstanding World War II drama that he made in 1998, when he re-emerged after a 20-year absence. But lately, his films have grown even more ethereal: The New World took place in a dreamy colonial America, and Tree of Life takes us, for a moment at least, to Heaven.

To the Wonder opens in Paris, where an American (Ben Affleck) meets a tempestuous Ukrainian woman (Olga Kurylenko) with a young daughter. He brings her back to his Oklahoma town, where they eventually marry and then grow apart (although not necessarily in that order). There's also a compassionate clergyman (Javier Bardem) questioning God, and a woman (Rachel McAdams) with whom the man has an affair.

The reclusive Malick lived in France for many years, and now we know who he hung out with. The opening of To the Wonder is Godardian — grainy and jerky, with washed-out color. "Newborn," says the woman in voiceover. "I open my eyes." Many other ponderous ejaculations follow, all sounding terribly profound when whispered slowly in French, and it's almost 20 minutes before anyone says something for real.

From there, the woman, bored with her life ("it's killing me"), and with life in general, speaks of love over images of nature, and the man takes soil samples at industrial waste sites. Welcome to Metaphor 101. When a woman says, "Live life in a dream, you can do whatever you want," and the pastor asks God, "Why do you turn your back on me, all I see is destruction," what's left to figure out?

Malick cast his women well, but as with Brad Pitt in Tree of Life, Affleck here is merely a presence, albeit a strapping one. He almost speaks fewer lines than Uggie did in The Artist, and yet, it's one of his best performances, if only in an existential way.