How do local bands get on bills — and how do they get paid? 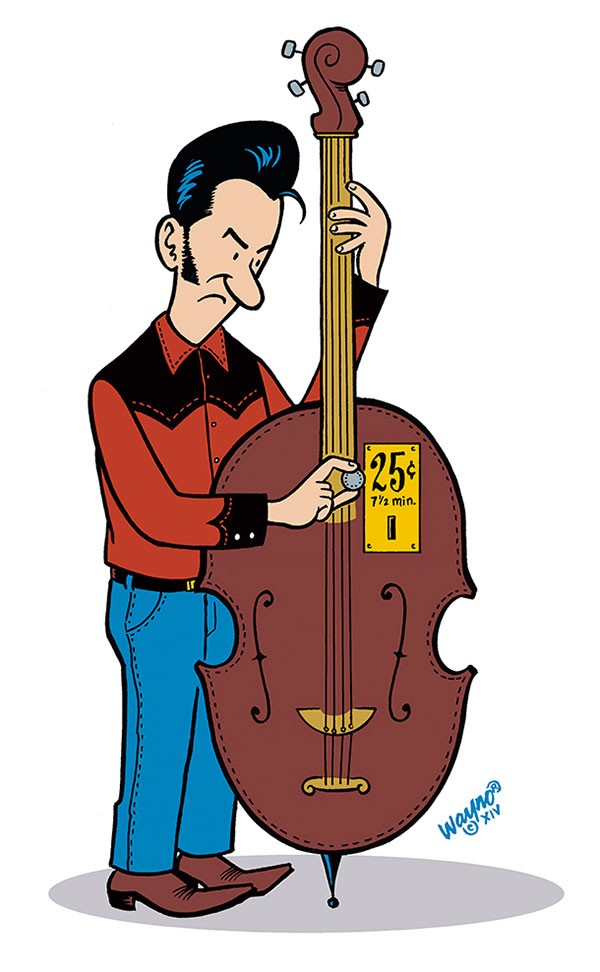 Whether you're a relatively new band hoping to make the move from your parents' garage, or a well-established band looking to grow your audience, getting out and playing live is key.

For local bands in Pittsburgh, there are several options for getting a gig. Working with a promoter can get you on bigger shows at bigger venues; dealing directly with smaller bars and clubs can yield a better payday; and doing it yourself has an appeal all its own. In any case, there are, of course, pitfalls and controversies to be encountered along the way.

One of the most controversial matters: the practice of "pay-to-play," wherein venue owners and promotion companies charge a fee for the opportunity to play a show. This includes forcing bands to sell a certain number of tickets to the show or else eat the cost of the tickets.

"Pay-to-play is a bad word" among many musicians, says Jonathan Dowling, a local musician and board member of the Mr. Roboto Project, a local DIY venue. "Pay-to-play takes money out of the hands of local bands who are playing the show — and if anyone should be getting money, it should be the bands."

He and fellow Roboto board member Pam Hanlin, who are in the band Dumplings together, say some Pittsburgh promoters prey on young bands from suburban areas, whose members are under 21 and unable to play at venues serving alcohol. They argue that the practice has a negative impact on up-and-comers.

"If you can't sell all the tickets or you can't get the money together to pay for the tickets, you probably get discouraged," Hanlin says.

"I never personally ran into the pay-to-play thing," Dowling adds, "because I never thought rationally it was a good idea and I didn't have the money to shell out."

However, some musicians say pay-to-play isn't necessarily all bad. For some, it can be a way to secure a spot opening for a national act or a band with a larger following.

"To get in front of a large group of people is more valuable than money," says Vince Cuneo, who plays guitar with and manages his sister, singer Cait Cuneo. "Especially if you're playing original music."

But even those who see the benefits of pay-to-play say there are other options out there for bands looking to grow their audience. While many venues do hire a promoter to do their booking, and some of these promoters make ticket sales a condition of playing, there are venues that cut out the middle man.

"I got my first show when I was 16," says Dowling. "It's always been sort of easy for me. I've just sent out tapes and if [promoters] liked me, they booked me."

That's how it works at Howlers and Hambone's, two venues in the East End. Mary Jo Coll, who does the booking for both, says booking a show is pretty straightforward, and bands typically take home the majority of earnings from the take at the door.

At Howlers and Hambone's, bands set their own cover price and pay the venues only if they don't bring their own person to work the door. At other venues, owners require their own staff to work the door and bands pay a fee for that service. Bands might also have to pay for a sound technician.

"We make our money selling booze; the band makes their money selling music. Most of the small venues that do their own in-house booking, that's how we all operate," says Coll. "Some have different rules, but mostly bands play for the door minus fees venues take away."

For under-21 bands who can't play at bars, there are DIY venues like The Mr. Roboto Project. Here, a member-promoter (who may be a member of one of the bands playing) pays a $65 fee to rent the space and retains the money from ticket sales. Its members say the venue offers an inexpensive alternative to newer bands looking for a way to put themselves out there without having to sell tickets or be forced to pay the remaining balance for unsold tickets.

She also recommends looking into booking shows at local festivals like Art All Night in April. While bands aren't paid, the event is attended by thousands of people, making it a great place to gain exposure.

"We had to pay; we had to sell a lot of tickets; but a lot of people were excited to see us," Somerville says. "It can be a problem if you're opening with a really big act and they want $30 a ticket. But you just want to get in front of as many people as possible. It's a price you have to pay sometimes to get in front of that many people."

Not every show at a venue with a promoter requires pay-to-play, of course; some local openers play for a percentage of the door, depending on the show. City Paper reached out to Drusky Entertainment, Altar Bar's promoter, but wasn't able to speak with representatives before press time. Opus One Productions, another major local promoter, historically does not speak to press on the record.

Others say pay-to-play is a necessary cost for bands just starting out. Rachel Vigliotti, of Touchfaster Entertainment and Media Services, says she's seen bands sell 50 to 75 tickets to earn a slot at larger venues in Pittsburgh.

"For those bands who don't have the exposure, they're doing pay-to-play not to open for a national tour, but to say they played at a big local venue," Vigliotti says.

Whether the band chooses to go DIY, work with a promoter or contact a venue directly, the musicians agreed that presentation is key.

"There's so many bands out there, that you have to stand out," says Cuneo. "I'm a big fan of self-promotion and marketing yourself."

"If you want to make money for your music, you have to take the steps," says Somerville. "Make yourself look professional before you go out there and start knocking on all these venues' doors."