"I was opening for all the big acts that came to town; I did shows with Wiz. All that was happening, then I get locked up." 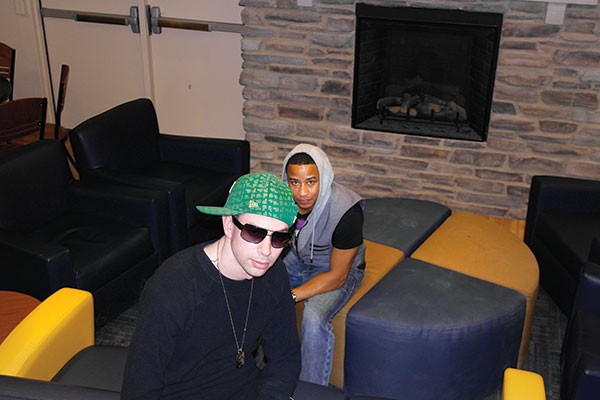 Timmy Bankz used to rap under the name Profit — but money was at the root of many of the troubles that faced the MC throughout his 20s. Now in his early 30s, Bankz is working to make a go of it with the help of Monroeville-based producer Van Taylor and a seasoned local DJ, ChaChee. And the payoff has begun, in the form of radio airplay — not so much in Pittsburgh, but in places like Baltimore and Houston.

The single that's getting the attention is "Love You for the Night." It's been surfacing in the top 30 of Digital Radio Tracker's Independent Top 50 chart for weeks now, though it was first released last year. Taylor put together the beat, and Bankz came into the studio to rap over it; the hook came about almost by accident.

"It was called ‘Go,'" originally, explains Taylor. "He did the whole song, and right at the end, he said, ‘I love you for the night,'" and I said, ‘That's the chorus!' We had to start back at the beginning and that was the chorus."

If not exactly tender, it's definitely a love song.

"I went out of my element," says Bankz. "That's not the style I normally make, but I know it's what I have to do to be successful."

His usual is more hardcore — less love, more harsh reality. That seems more fitting for a guy who spent several years of his 20s in prison on bank-robbery charges. Bankz was an accomplice in several robberies in Monroeville and Westmoreland County in the early 2000s, leading to a federal indictment in 2003 that sent him to prison. "If someone says, ‘Go pick this up for me and I'll give you $50,000,' a 19-year-old kid is going to do that," he says. The money, he says, in part helped to fund his music. He was out for a time in the late '00s, but was caught driving a getaway car in 2009 and went back to prison in 2010.

"I was opening for all the big acts that came to town; I did shows with Wiz," says Bankz, who was also an amateur boxer. "All that was happening, then I get locked up, and it's just frustrating."

"I remember, at Battle of the Groups at Mr. Small's, I placed higher than Wiz," he says. "I remember Mac Miller; in my opinion, I'm better than Mac Miller. That's what frustrates me — I feel like I'd eat that kid up. But he was at the right place at the right time. I've gotta give that kid credit: He's doing what everybody dreams of."

Bankz hopes that, with the help of Taylor and ChaChee, he can ride "Love You for the Night" and the follow-up, "Unconditional Love," far enough to start living that dream himself.

"This is my family right here," he adds, referring to Taylor and ChaChee. "This music is my last shot. I'm giving it my all. I've gotta make this happen."