"He's a huge movie star but he's so engrossed in the character." 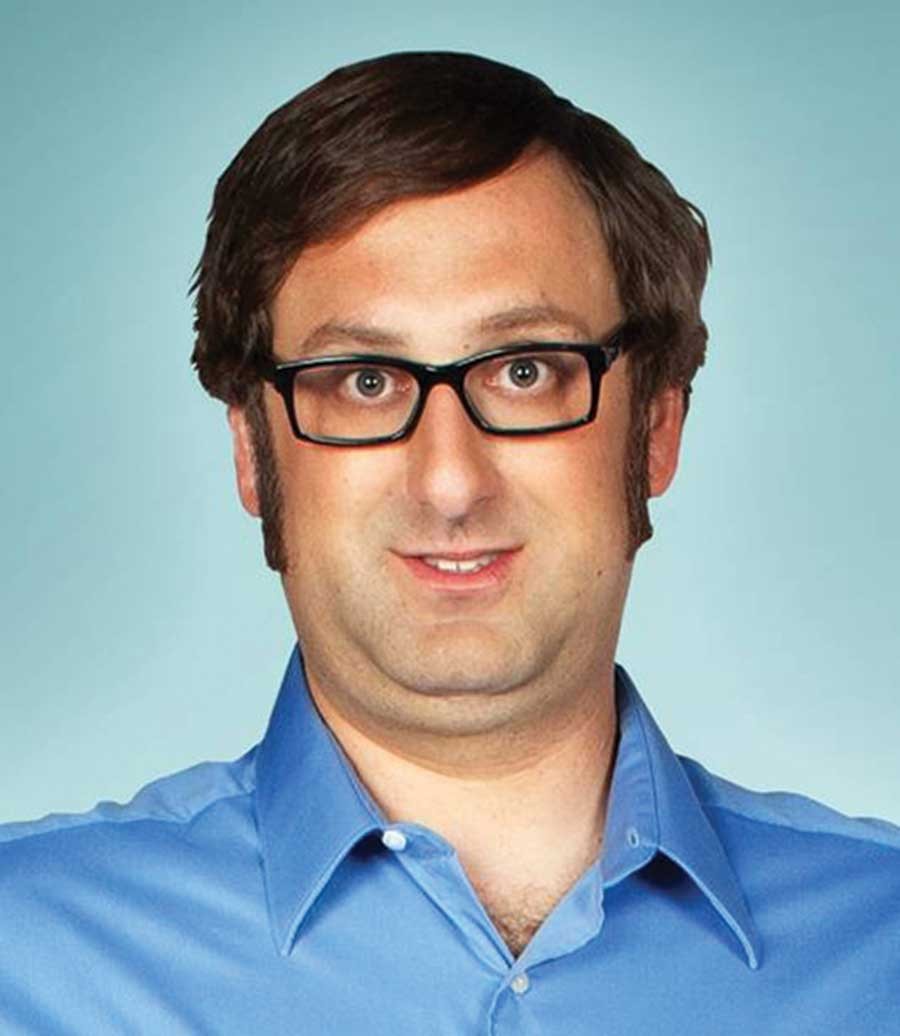 John C. Riley's awkward, clueless Dr. Steve Brule began as a reoccurring Awesome Show character, and now has his own spinoff. How did he become such a prominent figure?

When we started working together and he was in the Tim and Eric offices, he called our environment "comedy anarchy." He just couldn't believe that there were no studio executives there, that [it was all] these young kids from art school making stuff with no supervision. He was like, "I want to get into that."

People freak out when they see Dr. Steve Brule on stage, I mean, he's a huge movie star but he's so engrossed in the character. He never breaks character. The [live] show is almost TOO funny, people are truly exhausted by the time [it's over]. And that's awesome.

What are some of the advantages of doing a live show verses TV and movies?

Making TV is amazing but, at the end of the day, I just watch it at home with my girlfriend, just me and her. With a live show, sometimes you're performing in front of 2,000 people. So you get this instant energy or feedback from your jokes. We're also very connected with our fans, we love going out and seeing them and thanking them for supporting us. It's really two different things and they're both very satisfying on different levels. The live show is something that happens and then it disappears. The TV show is something that happens and it's going to last forever.

Bedtime Stories has a strong Twilight Zone vibe. Is there a particular episode of that show that sticks with you?

There was one episode where a guy woke up and no one was left on earth. Not a soul. And that to me was the scariest feeling of being lonely, the idea that nothing's left. Those feelings are what we're trying to get across in these shows. Things like David Lynch and The Shining, those really beautiful dark stories: That's what we're trying to tell, but we're trying to put a little comedy spin on them.

We didn't realize how visceral that would be. When we were doing it, it's just plastic toes and some, like, blood tubes. The point wasn't really to make people grossed out but, like, "Oh this is a weird universe in which it's just common plastic surgery." I mean, in our world, people get butt implants. We're not that far off from a concept of, "Toes are gross, let's get rid of them."

Do you ever find that you play it too straight and then have to go back and add a little more humor?

Yeah, sometimes when we'll shoot scenes we'll do it two ways. One's just a silly take where we're trying to make each other laugh. And then we'll say, "OK, let's shoot that same take but without that silly way you said that word." And then when we edit we can really carefully pace the jokes. We're very concerned with, "Oh, we don't want this to be too silly." We're very conscious of that, with the pacing of the comedy and the drama.

We have an episode [which is about] this loser who just gets fucked with by everyone, and it escalates to the point where he has a mental breakdown. And that's how we end the episode. And my girlfriend was watching it with me and she just sits there silently and then she says, "Can we put on an episode of Seinfeld before we go to bed?" It was just so powerful that she was like, "Honey, are you making a comedy show here?" And to me, that is when I knew we were on to something.

Is there anything philosophically that you want audiences to take away from Bedtime Stories?

It's sort of our comment on the world right now. We're getting older and things are a lot heavier. There's a lot of death and a lot of horrible things that are happening around us and we want to express ourselves by taking these themes and telling these stories in our way. Some of it's really dark and some of it's really silly, but I feel like what we want to do in this series is show these nightmarish things that we all have to deal with.