Through his own singles and collabs, Pittsburgh musician Konscious Kel focuses on the positive | Music | Pittsburgh | Pittsburgh City Paper 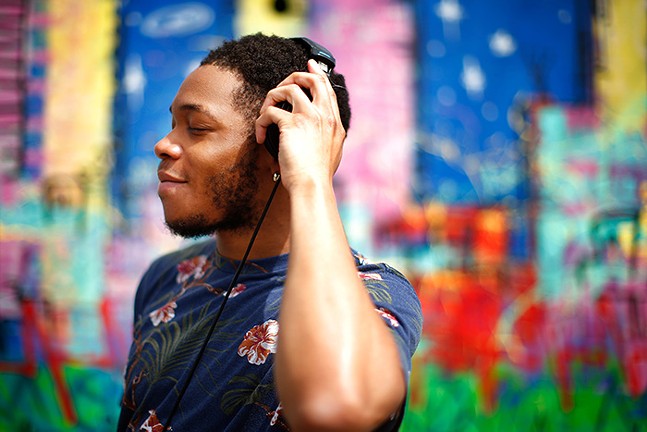 CP Photo: Jared Wickerham
Konscious Kel poses for a portrait in front of a Baron Batch mural in Beltzhoover.
Work-life balances are difficult, but Konscious Kel takes it up a notch. After a long day at a UPMC research lab, the research laboratory technician and musician often spends the evening mixing down some vocals or creating a new beat until it’s time to go to sleep.

The grind might sound exhausting, but for Konscious Kel, it’s nothing new, and his hard, consistent work has resulted in an extensive discography, drawing from his personal experiences and filled with collaborations with artists both in and outside of Pittsburgh.

“You don't blow up overnight, you don't get recognition overnight,” says Konscious Kel. “You don't make fans or get love overnight. You have to actually put in the effort.”

But what he thought was funny, his brother considered “actually kind of fire,” says Konscious Kel, so he continued freestyling. He participated in rap battles in high school, inspired by Supa Hot Fire, a 2011 YouTuber who claimed he was “not a rapper” and best known for parody rap battles, which evolved into diss tracks. While some people got in trouble for the tracks that verbally insulted others, leading to an end to the practice, they also led Konscious Kel to making music on his own.

He purchased the music production software FL Studio (used by pro DJs to mix, edit, and compose music), and began self-teaching himself using YouTube and his own experimentation with various FL Studio plugins. He came to Pittsburgh to attend the University of Pittsburgh, and by the time he finished his first year of college, he had released his first mixtape.

“I remember I was gonna drop that first mixtape, and I thought I was gonna throw up and be, like, ‘I'm so nervous. What if no one likes it?’” says Konscious Kel. “After that I kind of got over that first slump and I was just, like, you know what, at the end of the day, people are gonna like what they like, for specific reasons because everybody's different. You can't please everybody.”

He continued working on music throughout college, balancing two jobs and classes that would culminate in a double major in Africana studies and biology, along with a minor in chemistry. He says he strived to “get at least one thing done every other day” with his music, and while he had to intentionally carve out time if he wanted to socialize with friends, he also improved his speed and quality of mixing and producing.

He graduated in 2020 amid the pandemic, cutting off momentum for performances, but he had already built a community and network of musical friends and connections to continue creating music with, including Charles Hussle, Blasto, Dante., Wali, Jermaine X, Andrew Chris, Live In Color, Kenny Greene, Solid Colors, WXZD, Jvggy Hendrix, Mistr Vibes, and Sean Harris. 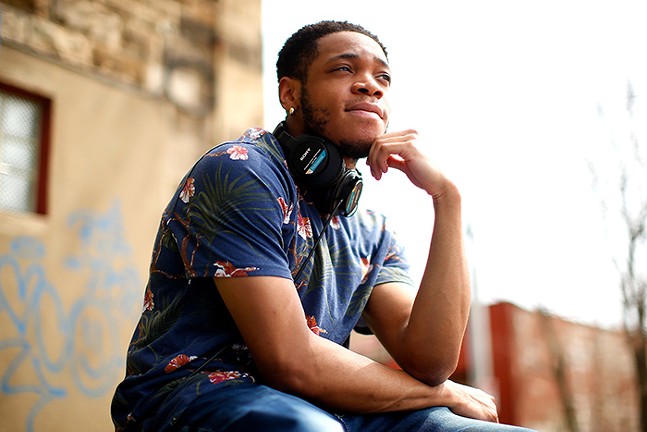 CP Photo: Jared Wickerham
Konscious Kel
“There was a lot of house shows, venues, you know, people would open, I would go to a show and end up talking to someone ... And a whole lot of mutual friends too, when I was hanging out with people, they were, like, ‘Oh, I'll put you onto my one homie,’” Konscious Kel says. “And they kind of just kept branching out when people started to see that I was actually taking stuff more seriously.”

Working with others leads to some of Konscious Kel’s favorite moments: when the energy of a collaboration calibrates and opens up to connecting with the music and each other. Especially as an engineer, he says, he gets a chance to watch the reactions and vibes of the room.

“Those moments where everybody's just getting lit and hype with it, you know, like someone's recording or about to spit something, they're rapping out loud, and people are catching the vibe ... that's what it is, baseline, seeing people react and connect to the music in the most positive and joyous way. I love that,” Konscious Kel says.

For the past two years, he has primarily worked on mixing and producing, although he still puts out his own music, typically at the end of every month. He plans on continuing to release singles each month for the rest of the year and a couple of EPs through the summer, fall, and winter, with a debut album planned for 2022.

While Konscious Kel loves collaborating with others and discovering what each collaboration will sound like as he and the other artists try to match each others’ energies, he also says he enjoys working alone because it allows him to fine-tune his projects until they fit what he wants them to sound like.

What he considers his best work, though, comes from personal experiences of hardships and how he made it out of difficult situations. For him, his music seeks to channel those experiences in a positive way, creating layers of emotion through lyrics, melodies, and beats that may seem contradictory but come together to paint a fuller emotional picture of how people feel.

“It's like, OK, if I felt that way, how can I channel that in a way to give a positive twist and let people know that, Oh yeah, I was down bad. But I'm doing OK now. And I'll tell you why I'm doing OK. I'll tell you what happened with me,” says Konscious Kel. “And hopefully you feel something in this.” 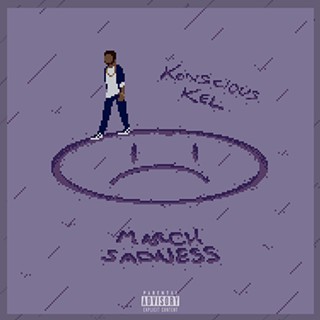 Artwork: Angela Cameron
“March Sadness,” a single from March 2021
His most recent single, “March Sadness,” featuring Kenny Greene and Hana Daisy and produced by THRD, fits this profile. It’s been met with increasing enthusiasm and engagement, but to Konscious Kel, the numbers matter less than people connecting with his music.

He still has not received formal training in singing, music theory, or sound engineering, but consistent practice and self-teaching has created an ever-improving foundation for his music. While he plans to take his music to that level with more formal training someday, for now, he plans to keep working without it.

“The biggest thing with a lot of people's success stories is that they didn't stop,” Konscious Kel says. “They kept going.”
Konscious Kel
solo.to/konsciouskel