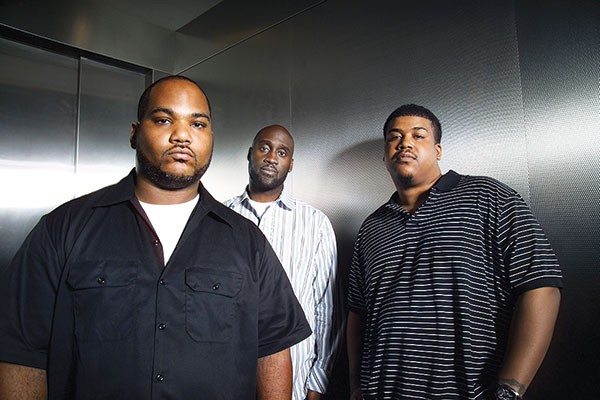 In the late '00s, having returned to Pittsburgh after a couple of years working on Capitol Hill, Mount Lebanon native Bobby Zappala fell in with some friends who started having barbecues in Shadyside for other young, entrepreneurial types.

"Everybody thought that there was positive momentum going in Pittsburgh," Zappala says. "At the same time, it was disjointed. There were people doing cool things, but you didn't know who they were. So we thought, ‘Let's start having parties, using our money, and we'll give any profits to cancer research, because we're not trying to make any money off this."

While those parties started out small, they grew quickly — and this weekend, Thrill Mill, the nonprofit that Zappala and his friends started, has its biggest party yet, featuring the likes of De La Soul, Frightened Rabbit and RJD2.

The Thrival Festival is Sat., Sept. 7 at the Bakery Square 2 development, on the site of the old Reizenstein Middle School at the border of Shadyside, East Liberty and Larimer. The event is about more than just music: Thrill Mill's mission is to help Pittsburgh startups develop — through support that includes its East Liberty incubator space, the Hustle Den.

As part of Thrival, the Hustle Den's denizens will have a chance to pitch their ideas to potential investors. In addition, there will be an "Innovation Showcase," a series of TED-style short talks from local and national figures like Jim Newton, the founder of TechShop, a shared workshop facility whose sixth location opened this year in Bakery Square.

Plenty of people, though, will be most interested in the music: Zappala says the Thrill Mill team chose the lineup to appeal to a variety of audiences. Hip-hop legends De La Soul will appear, along with Scottish indie darlings Frightened Rabbit and producer and musician RJD2. Local support comes from Formula412.

And while Zappala hopes to make Thrival a growing annual event — he's got sponsorship from PNC for multiple years of programming — he also wants to keep the focus on Pittsburgh.

"South by Southwest is great," he says. "But while Austin is used as a venue, it's almost being pillaged: Everyone comes in from around the country, then leaves. I want this to be a showcase for what's going on in Pittsburgh."