Three Rivers Regatta canceled due to failures of LionHeart management company, says board 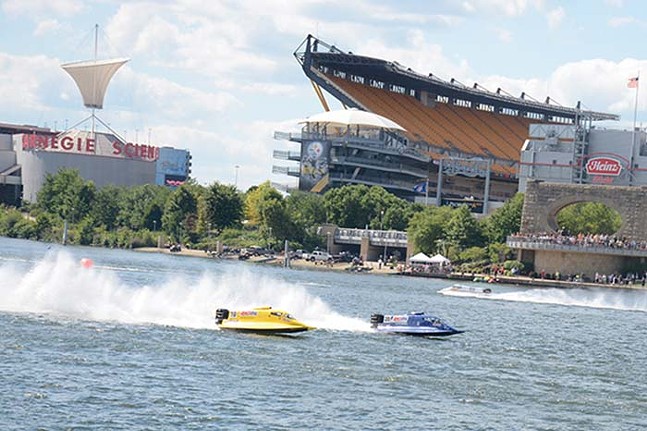 At a July 30 press conference, Pittsburgh Three Rivers Regatta board member Charles Scholz said that the board, along with city and county leaders, came to the “difficult but necessary conclusion” to cancel the event.

Scholz said LionHeart Event Group, the Pittsburgh-based management and production company, failed to acquire the proper insurance, which meant permits couldn't be issued for the event. He said LionHeart misrepresented the status of the insurance to the board.

“The blame is solely with LionHeart,” said Scholz. “Other vendors were ready to proceed.”

Scholz said the Regatta board has launched a probe LionHeat’s failures.

Allegheny County Executive Rich Fitzgerald said he was “disappointed” in the cancellation. This will be the first time since 1978 that Pittsburgh has not hosted the Three Rivers Regatta. LionHeart has managed the Regatta for the last three years.

Pittsburgh Mayor Bill Peduto said he and his staff tried to move the Regatta to the North Shore area of North Side, in an attempt to avoid cancelation. Peduto said he was aware of problems that LionHeart was experiencing last week, but only discovered early this week that the company had failed to acquire insurance.

Some artists scheduled to perform at the Regatta received an email informing them of the cancelation at 10 a.m. on Tuesday, just an hour before the press conference.

Peduto added that LionHeart failed to make necessary payments to the Pittsburgh Police this year and last year. Peduto said LionHeart told him the police payments were forthcoming.

Scholz said that many vendors aren’t approved until just a few weeks before the event, and the Regatta board would have met and approved the final permits on July 30, if the proper insurance was acquired.

He said the Regatta board may consider adopting policies to safeguard against future last-minute cancellations.

On July 31, Pittsburgh Police announced that it would also start an investigation into LionHeart and its dealings with the Regatta and the City of Pittsburgh.

"We believe there is enough to initiate a criminal investigation and to determine potential victims," said Pittsburgh Public Safety Director Wendell Hissrich.

Hissrich consulted with Pittsburgh Police Chief Scott Schubert, as well as city and Regatta officials before determining if a criminal investigation was warranted.