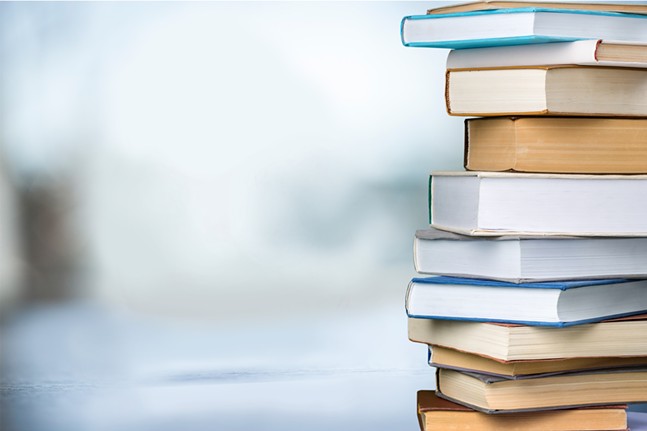 The general chaos of 2020 made it easy to miss the release of new books, movies, and other works. This is especially due to the fact that any promotional events, like in-person readings or premieres, were canceled, or simply became lost in the shuffle.

To make up for it, Pittsburgh City Paper is highlighting three new(ish) collections by local poets, all of which were released in 2020.

The History of Our Vagrancies, Jason Irwin (Main Street Rag)
Jason Irwin delivers his third collection of deeply personal, evocative poetry with The History of Our Vagrancies. Released on July 24, 2020, the book demonstrates Irwin's incredible range and voice, the various selections brimming with imagery, dialogue, and motifs conveying the yearning to escape, the strange drama of small-town life, and the author's own struggles with his health and body.

Irwin deftly creates a sense of place, time period, and tone, often with pop culture references and Bruce Springsteen-like hopeless romanticism (the poem “Someone Set My Cousin's Car On Fire” displays this with lines like “On the edge of seventeen that summer—denim jacket, Motley Crue hairdo with an aching to be anywhere but where she was—my cousin told her parents she was moving out.”) The History of Our Vagrancies is now available for purchase at the Main Street Rag website.

Mostly Human, Sheila Squillante (BrickHouse Books)
Poet and essayist Sheila Squillante, a veteran of the Pittsburgh literary scene, released her latest book Mostly Human in October 2020. She admits to feeling as though the book “vanished into the pandemic.” While it may have eluded readers (at least, in Squillante's view), Mostly Human certainly didn't elude BrickHouse Books, a Maryland small press that awarded the manuscript with its 2020 Wicked Woman prize, an honor that included a book release.

Beginning with a dedication that reads “for all the Gen-X girls who longed to escape,” the poems follow a character named Round Baby “through childhood and adolescence as she discovers desire and death and the limits of her physical and emotional being amidst television shows and pop music and global disaster,” according to a description on Squillante's website. Expect a collection that is snappy, absurd, and full of ruefully feminist energy. Mostly Human is now available for purchase at White Whale bookstore.

“In these poems, a combination of dread (for something approaching) and anxiety (for what might be approaching but isn't yet known) undid a sense of the present separate from climate change, global racial capitalism, whiteness, and gender-based violence, especially as I wrote as I tried to find out how my own gender fit into the world,” reads a description by Corfman on the Fordham University website.

The structure of Corfman's poems shines here, as many of the selections in My Daily Actions come in neat, tidy blocks of text as if trying to literally box in and contain the disorder and confusion with which the author is grappling. My Daily Actions, or The Meteorites is available for purchase at the Fordham University Press website.