Three decades into her career, Suzanne Vega pushes the limits of her songwriting and crosses over into theater | Music | Pittsburgh | Pittsburgh City Paper

Three decades into her career, Suzanne Vega pushes the limits of her songwriting and crosses over into theater

“Earlier on, I was more easily impressed with myself.” 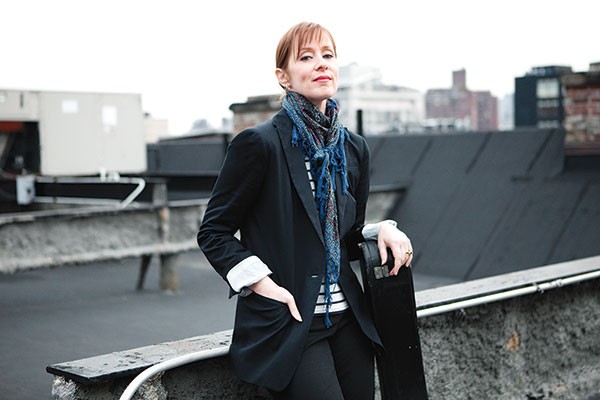 Photo courtesy of George Holz
“I think the bar has been set higher”: Suzanne Vega

It was clear from her debut album that Suzanne Vega was not going to be a typical singer-songwriter. Her voice never goes for upper-register dramatics, sticking instead to a subdued delivery that can be sweet in an alluring sort of way. Her phrasing reinforces her lyrical prowess. Vega’s best work utilizes out-of-the-ordinary guitar melodies too, which strengthen songs like “Tired of Sleeping” (from 1990’s Days of Open Hand) or “Marlene on the Wall” (from the self-titled 1985 album).

After all this time, the act of songwriting still presents challenges to her. “Let’s put it this way,” she says by phone from New York. “Earlier on, I was more easily impressed with myself. If I had an idea and I executed the idea to the best of my ability, I was usually pretty happy. I think as I’ve gotten older, my standards have gotten higher. Now it’s important to have not just a good idea but to have a good melody, to have harmonies, to have the metaphors come out right in the lyrics. So I think the bar has been set higher than it was when I was younger.”

She still jots down lyric ideas whenever they hit her. “I have notes on my iPhone, notes in my notebook. I try and keep a regular journal, though I don’t succeed at it at all,” she says. “But there’s always ideas flowing. It’s just depends on where they end up.”

When Vega comes to Pittsburgh, she’ll perform solo, pulling out songs from all eight of her studio albums, the most recent being Tales from the Realm of the Queen of Pentacles, from 2014. But her most recent project has been a one-woman play about the late author Carson McCullers. Vega began working on it while in college, and reworked it after friends expressed interest. Known for books like The Heart is a Lonely Hunter, McCullers was often considered a Southern-gothic writer, though she left the South before publishing. “Her personal life was fascinating. I think in many ways she was ahead of her time,” Vega says of McCullers, who died at age 50 after a life marked by illnesses as well as artistic triumphs. “Her problems and issues were very contemporary ones. I think she was misunderstood for the time that she lived in. She was very precocious. If she were to come out now, people would understand her better. They may have been more tolerant of the weirder side of her writing.”

Since she’s playing solo in Pittsburgh, Vega won’t be able to perform any of the songs from the play, which were co-written with songwriter Duncan Sheik and require an additional musician onstage. But she is releasing those songs in the fall on her own Amaneusis Productions imprint as Lover Beloved, Songs From an Evening With Carson McCullers.

In the meantime, she is looking forward to performing in an intimate setting, and welcomes input from fans. “Sometimes I’ll take requests if I —,” she pauses, and laughs quickly, “practice. If anybody wants to hear anything in particular, they should go onto Twitter and tweet what they want me to sing. If I can manage it, I’ll do my best.”