“In rural communities that this has just never been a problem in, people are really being forced to confront it.” 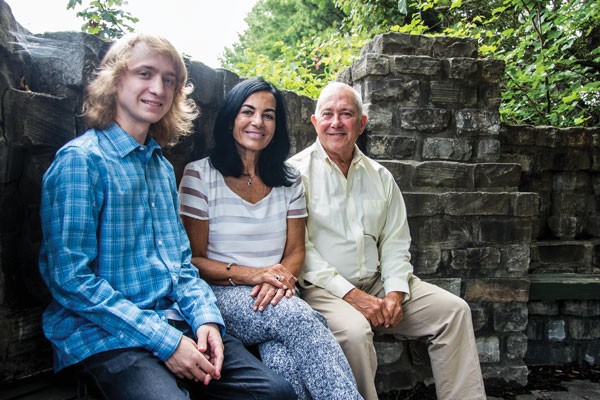 When gay-men’s health advocate Dick Keiser moved to Washington County six months ago, he says he noticed a “hidden epidemic” tied to the area’s heroin crisis. HIV and hepatitis C infections in the county were spreading at alarming rates as a result of needle-sharing between intravenous drug users.

According to reports from 2013 (the last year for which data was available), reported HIV cases there increased from 18 to 107 over a seven-year period, with more than 11 percent caused by sharing of needles. And Keiser says it has only gotten worse.

Rural counties, like Washington, that have little to no history of the heroin epidemic, are now experiencing not only increased overdose deaths, but also starkly increased rates of HIV and hepatitis C thanks to the sharing of infected needles.

“In rural communities that this has just never been a problem in, people are really being forced to confront it,” says Alice Bell of Prevention Point Pittsburgh, a clean-needle exchange. “It’s here, it’s a huge problem, and we have to just get over whatever prejudices we have and whatever desire we have to put our heads in the sand, and deal with it.”

Problem is, many counties aren’t taking specific steps to fight the outbreak of these viruses. Advocates and experts agree that needle exchanges — spaces where drug-users have easy access to clean syringes — are the first step in stemming the tide of HIV and other transferable diseases. Pittsburgh has had a needle exchange for more than 20 years, and according to Melissa Wade, spokesperson of the Allegheny County Health Department, HIV rates have remained stable here.

But exchanges are still illegal under state law. And rural politicians and law-enforcement agencies are wary of allowing exchanges, believing they might increase drug use, even though a 2013 study from The Foundation for AIDS Research, along with many other studies, disproved this assumption.

Despite the barriers, Bell says support for needle exchanges is growing. In the past year, Prevention Point has received calls from community groups in almost every Western Pennsylvania county on how to start a needle exchange.

Some advocates, like Keiser, are moving forward with needle-exchange programs, whether county politicians are ready for it or not.

“Washington County is in the process of coming up with something, but they don’t have anything in place yet,” says Keiser. “We are no further behind than the rest of [most counties in Pennsylvania]. Some counties have addressed the issue earlier, but most areas are like Washington County and don’t think that they have health issues.”