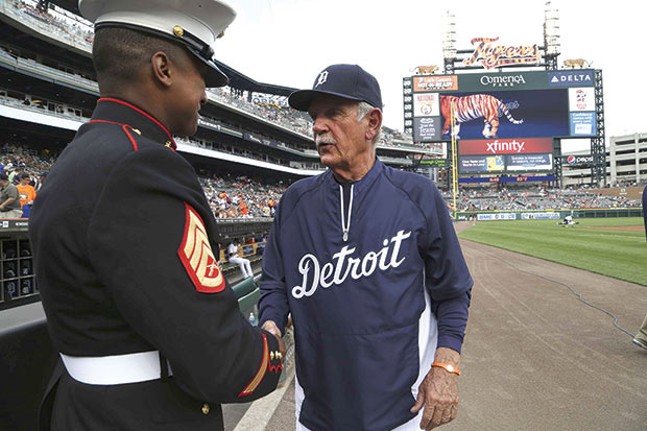 Construction begins on Forbes Field in Oakland. The ballpark, the first built out of steel and concrete, would be finished and open for business three months later.

The national media picks up a story on former Olympic figure skater Christopher “The Showman” Bowman, who was found beaten in a Hill District hotel room. Bowman, who once admitted to having a $1,000-a-day cocaine habit, was in town performing with the Ice Capades. He suffered injuries to his head and ribs. Bowman died of a drug overdose in 2008.

The Pitt Panthers men’s basketball team closes down West Virginia Fieldhouse by beating the Mountaineers, 92-87. It was later named Stansbury Hall and is now home to several departments, including philosophy and the religious-studies program.

Unhappy with his contract, Pirates slugger Barry Bonds got into an obscenity-laced argument with manager Jim Leyland in front of members of the media and spectators. Bonds was looking for $4 million a year, and he had just lost a salary-arbitration case that paid him a paltry $2.3 million. Bonds had been in a shouting match with position coach Bill Virdon, and Leyland intervened, telling Bonds, “One player’s not going to run this club. If you don’t want to be here, get the hell out of here. Let’s get the show over with, or go home.”

Pitt football coach Jock Sutherland announces his retirement. The team, which saw a lot of success under Sutherland, would go the next 15 years without a berth into a bowl game.

Pirates shortstop Arky Vaughan is elected to the Baseball Hall of Fame.