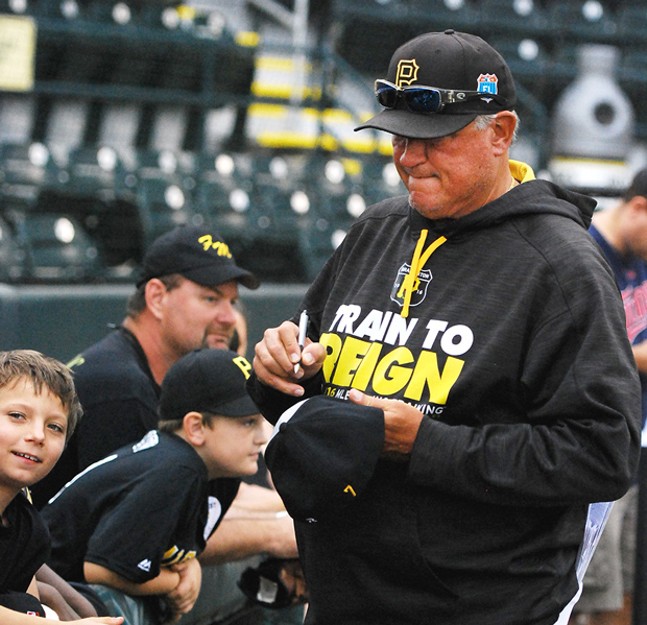 The Pitt Panthers improve to 9-0 when the soon-to-be national champions beat Army by 30 points in 15-degree weather. They become No. 1 in the nation for the first time since 1937.

In the middle of his 46th year as head coach of the Penn State Nittany Lions football team, Joe Paterno is fired by the board of trustees in the wake of the Jerry Sandusky sexual-assault scandal. Also fired were athletic director Tim Curley and vice president of business and finance Gary Schultz. University President Graham Spanier was forced to resign. Paterno died two months later.

Famed Pittsburgh Steelers kicker Gary Anderson scores half of the team’s 36 points on five field goals and three extra points in a 36-28 game at Kansas City.

Steelers QB Tommy Maddox has the game of his life, statistically at least, when he throws for 473 yards (253 of them to Plaxico Burress) and four touchdowns. The game ends, however, in a 34-34 tie with Atlanta.

The Allegheny Athletic Association became the world’s first professional football team, and Pudge Heffelfinger became the first pro player when AAA paid the Yale grad $500 ($16,000 today) to play a game against rival Pittsburgh Athletic Club at Rec Park, on the North Side. AAA won 4-0 when Heffelfinger scored the game’s lone touchdown. (TDs were worth only four points at the time.)

More than 60,000 fans cram into Pitt Stadium for the Panthers’ last game at the Oakland landmark. They would play in Three Rivers Stadium in 2000 before moving into Heinz Field in 2001.