Pittsburgh Pirates catcher and old-timey hits-machine Fred Carroll set the Major League record for the most hits in one day when he had nine hits in a doubleheader against Baltimore. No one has ever beaten that mark, although eight players have subsequently hit nine. The most recent was in 1961.

The first-ever All-Star Game is played with Pirates players Paul Waner and Pie Traynor taking the field for the National League.

The Pittsburgh Pirates and Chicago Cubs play the longest game ever in Three Rivers Stadium. During the 20-inning game, eight Cubs pitchers didn’t allow a hit for the first 12-and-a-third innings. The Buccos would go on to win 5-4.

It would take 15 months to occur, but a home-run ball at PNC Park finally flies into the Allegheny River. Houston’s Daryle Ward sends the ball 463 feet.

The biggest scandal to ever rock the Pittsburgh Pirates occurs in Milwaukee. During the Brewers’ “Sausage Race” — similar to our Pierogie race — Bucco first baseman Randall Simon lightly hits the costume of one of the sausages with his bat, forcing the racer off-balance and tumbling to the ground. Simon is arrested and fined $575.

The Pittsburgh Penguins trade long-time star Jaromir Jagr to the Washington Capitals for Kris Beech. It was not a fair trade. 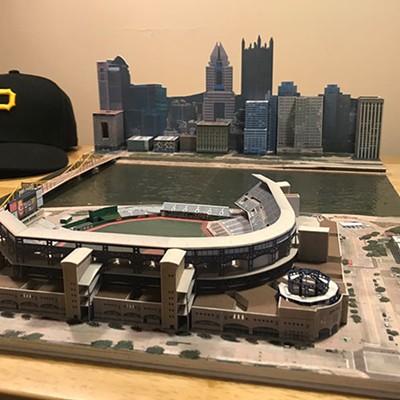