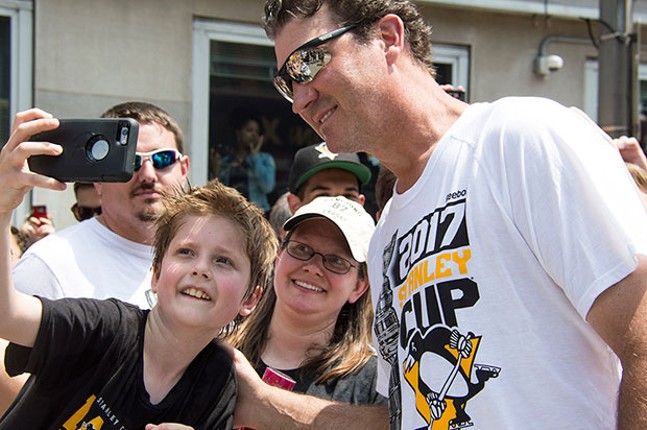 After losing a reported $10 million in their first and only season, the Pittsburgh Maulers play their last game in the USFL, shuttering the franchise thereafter.

In a rematch two years in the making, welterweight fighter “The Pittsburgh Windmill” Harry Greb earns a 10-round “newspaper decision” over opponent Mike Gibbons. A newspaper decision occurred if a fight was ruled a “no decision.” The sportswriters in attendance would come to a consensus on a winner and print the decision in their papers the next day.

President George W. Bush gives the Presidential Medal of Freedom to Latrobe-based golfer Arnold Palmer. “For all who love the game of golf, and for those who love to see it played, there has never been a sight in the game quite like Arnold Palmer walking down the fairway toward the 18th green,” Bush said at the ceremony.

Just two months past his 21st birthday, in a game against the Dodgers, Pirates shortstop Arky Vaughan becomes the youngest player to hit for the cycle.

Just two years after he retires as a player, Mario Lemieux’s plan to buy the Pittsburgh Penguins out of bankruptcy is approved by a U.S. District Court judge. When he returns to the ice, in 2000, he becomes the first player-owner in NHL history.

The Odd Couple, starring Walter Matthau and Jack Lemmon, films a scene for the movie prior to a Pirates-Mets game in New York’s Shea Stadium. The script called for Pirates star Roberto Clemente to hit into a triple play. However, Clemente refused, calling it unbelievable. Bill Mazeroski does it instead.