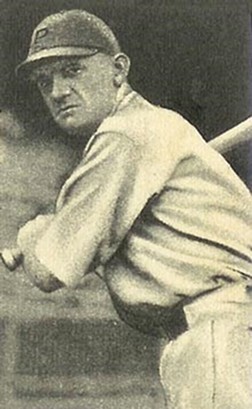 A look back at events that you’ve either forgotten or never heard of.

The short-lived Pittsburgh Power of the Arena Football League becomes the first team in 15 seasons to complete a two-point dropkick. It would be the highlight of the franchise’s short existence.

One of the greatest sports rivalries of all time begins when Jack Nicklaus defeats Arnold Palmer at the U.S. Open at the Oakmont Country Club. After tying at the end of the final round, Nicklaus beat Latrobe’s Palmer by three strokes to capture his first of many PGA victories.

During a game in Minnesota, rookie slugger Andrew McCutchen hits his first home run. And Pirates Adam and Andy LaRoche became the first brothers to homer in the same game in 71 years.

“The Pittsburgh Kid,” Billy Conn, returns from World War II, gets a rematch with heavyweight boxing champ Joe Louis at Yankee Stadium. It is the first boxing match to be shown on TV. Louis knocks out Conn in the eighth round.

The fortunes of the Pittsburgh Penguins are set for years to come when the team signs Mario Lemieux to his first contract.

Pirates center fielder Max Carey becomes the first switch-hitter ever to hit for the cycle.