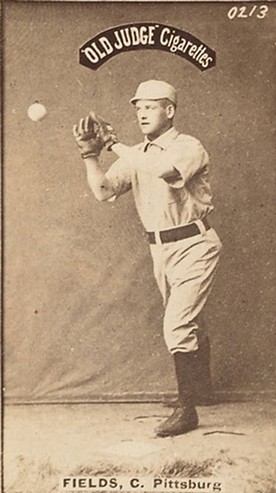 In a game against the Pirates at Forbes Field, New York Giants manager Mel Ott makes history when he is ejected from both games of a double-header. The New York Times calls the episode “side-splitting.”

In the first round of the NHL draft, the Pittsburgh Penguins select Mario Lemieux. Spoiler alert: He turned out to be really good.

Jocko Fields, of the Pittsburgh Burghers, hits the first home run in Pittsburgh’s Exposition Park. The Burghers played in the lone season of the Players’ League.

Pittsburgh Pirates pitcher Dock Ellis throws his infamous no-hitter while high on LSD. While some players dispute that Ellis could have accomplished this feat while high on acid, Ellis mostly stuck to the story over the years.

Months after his first Super Bowl championship, Pittsburgh Steelers quarterback Ben Roethlisberger, while motorcycling, is involved in a crash on Second Avenue, at the foot of the 10th Street Bridge. Roethlisberger was not wearing a helmet, nor did he have a valid motorcycle license.

After six years in the American Basketball Association, the Pittsburgh Condors are disbanded by the league. Apparently naming a sports franchise after an endangered species can be bad luck.

The Pittsburgh Penguins declare bankruptcy, and the Civic Arena is padlocked by the IRS.