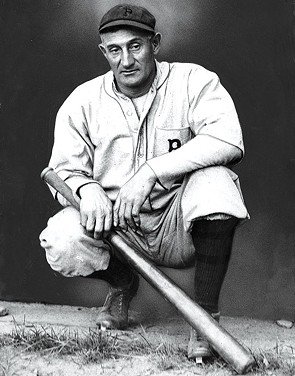 I’ve always been a fan of the little segments during live sporting events when they tell you what happened on this day, or that day, in history. I love all of the facts, but when you’ve been alive a while, you start to hear them repeated.

So I went looking for events that most people have never have heard of. As part of an occasional feature in this spot, I’m going to look back at this week in Pittsburgh sports history (this week we’ll look at April 24-May 3) with an eye toward the unusual.

Frank Allen throws a no-hitter for the Pittsburgh Rebels of the independent Federal League.

Pittsburgh has had a ton of sports teams that you’ve probably never heard of, and the Pittsburgh Rebels were completely new to me. It was the first no-hitter in this short-lived organization named after its player-coach, Rebel Oakes. I thought it was an honor to name a team after an influential person until I learned that the team began as a minor-league squad named after former Pittsburgh Pirates pitcher Deacon Phillippe. No, they weren’t the Pittsburgh Deacons, which would have made too much sense; they were known as the Pittsburgh Filipinos. Imagine being able to get away with a team today sporting such a racially insensitive name. (Yes, that was sarcasm.)

On this day, Mendoza entered the game as a pinch-runner for Willie Stargell. But his real fame, or infamy, would come over the course of the next eight seasons. As a hitter, Mendoza, well, he sucked. He rarely batted over .200 (although his career average was .215) and that average became known in baseball as the “Mendoza Line,” a mark so low that simple mediocrity seemed unattainable.

May 2, 1909: Pittsburgh Pirate Honus Wagner steals second base, third base and home during a 6-0 defeat of the Chicago Cubs.

April 30, 1932: Greenlee Field, home of the Pittsburgh Crawfords, hosted its first game, when Satchel Paige fired the first pitch to Josh Gibson. It was the nation’s first Negro-league park owned by an African American, Gus Greenlee.

April 30, 1977: That bastard, Superstar Billy Graham, takes the then-WWWF championship away from Pittsburgh’s own Bruno Sammartino when he put his feet on the ropes for leverage.