This week in Pittsburgh: Seven Days of Arts and Entertainment

Photo: Melissa Wallace
Lara Hayhurst in The Sound of Music

STAGE
[Cue music.] "My heart wants to beat like the wings of the pigeons that rise from the Monongahela to Point State Park." Get out your whistle, line your children up in a row, and head Downtown as Pittsburgh Musical Theater brings one of the most loved musicals of all time to the Byham Theater. [Cue music.] "Yes, the hills (of the Steel City) are alive with The Sound of Music.” Times vary. Continues through Sun., March 15. 101 Sixth St., Downtown. $18.25-55.25. pittsburghmusicals.com 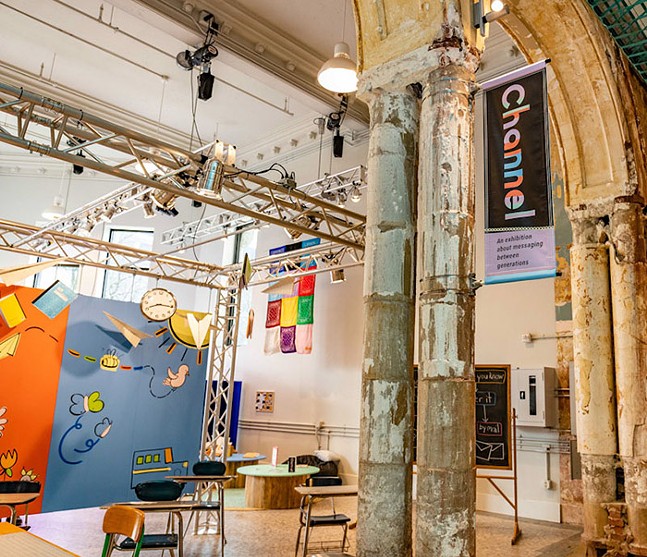 People always want to talk about the divisions between different generations, but Channel, an exhibit at Museum Lab, centers on conversation between youth and adults. The exhibit is interactive and includes a chalkboard response wall, a barbershop installation, and a library of inspirational books. It includes work from artists Saige Baxter, Corrine Jasmin, Jameelah Platt, and more. Opening reception 6-9 p.m. Continues through Sun., April 19. 6 Allegheny Square East, North Side. 21+. museumlab.org

CONVENTION
Pittsburgh's premier horror convention returns for its 10th year, featuring an unmissable slate of panels, contests, screenings, vendors, and of course, celebrity guests. Horror Realm 2020’s stacked lineup includes Judie Aronson (Friday the 13th: The Final Chapter), Marty Schiff (Dawn of the Dead), Tiffany Shepis (too many horror-comedy classics to mention), David Howard Thornton (Art the Clown in Terrifier, look him up, holy shit), John Russo (co-writer of Night of the Living Dead), and, naturally, the great Tom Savini. And it's all going down in one of the spookiest settings of all: a tasteful hotel in the South Hills! 5 p.m. Continues through Sun., March 8. Crowne Plaza Suites, 164 Fort Couch Road, Bethel Park. Prices vary. horrorrealmcon.com


GAMING
Get ready for some not-so full-contact sports when the Pittsburgh Passion professional women’s football team presents an adult Field Night at Ace Hotel. Inspired by athletic activities designed for school kids, the event offers friendly competition in categories such as the sit and reach, the standing long jump, and the vertical jump. You might not win a Presidential Youth Fitness award, but you will get to show off your skills while contributing to a fundraiser to help the Pittsburgh Passion keep playing. Plus, if participation isn’t for you, it’s free to watch. 5-11 p.m. 120 S. Whitfield St., East Liberty. $20 to compete. Registration required. acehotel.com/pittsburgh 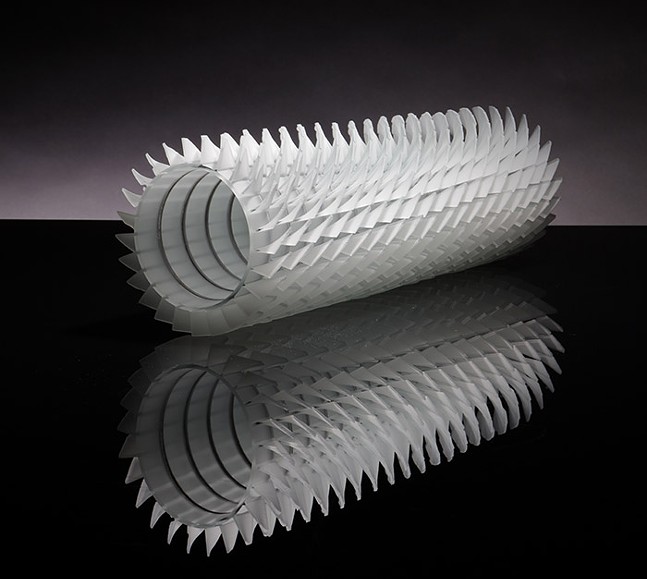 Pittsburgh Glass Center hosts an opening reception for its latest exhibition, Silica Valley. Curated by John Sharvin, the show invites guests to contemplate the relationship between humans and technology by showcasing artists described by the center as “leading the way in developing new and unique techniques in glass.” See collaborations by Jenn Figg and Mathew McCormack, and Brandyn Callahan and Phirak Suon, as well as works by Vanessa Cutler, Daniel Cutrone, Fred Kahl, Joanne Mitchell, and Norwood Viviano. 6-9 p.m. Continues through Sun., May 24. 5472 Penn Ave., Friendship. pittsburghglasscenter.org

Photo: Pittsburgh Tattoo Expo
TATTOO
The Pittsburgh Tattoo Expo returns to offer tons of cool artists, activities, deals, and more to anyone interested in the industry of ink. Head to the Station Square Sheraton for a full weekend where you can meet over 200 tattoo artists from all over the country, as well as the stars of reality shows like Ink Master and Tattoo Nightmares. Get new tattoos or piercings, enter a tattoo competition, and enjoy live entertainment like the Miss Pittsburgh Pin-Up Contest. 6 p.m. Continues through Sun., March 8. 300 W. Station Square Drive, South Side. $25-50. Kids under 12 free with paying adult. pittsburghtattooexpo.com

Enter the weird and misshapen world of painter/sculptor Nick Sardo with his show Big Dumb Face at PULLPROOF Studio. Sardo has made a large-scale sculpture of a severed hand and painted a mural of a four-eyed creature. He describes his work as “a uniquely satirical take on the idea of the divine,” with inspirations from religious iconography and H.P. Lovecraft. 6 p.m. 5112 Penn Ave., Bloomfield. nicksardoyes.com


STAGE
The Alumni Theater Company (ATC) presents another edition of its New Works Showcase, a selection of excerpts from original plays and other pieces by the ATC Professional Ensemble. In line with the company’s mission to nurture aspiring playwrights and performers, the event will include a talkback that allows the audience to provide feedback on how the ensemble can continue to develop their works. Leave the younger kids at home, as this event is recommended for ages 10 and up. 7 p.m. Also 7 p.m. Sat., March 7. 6601 Hamilton Ave., Homewood. $12-18. alumnitheatercompany.org


PARTY
The late David Bowie blooms back to life during the latest Party in the Tropics at Phipps Conservatory and Botanical Gardens. Party On Mars? celebrates the final weekend of the space-themed Orchid and Bonsai Show: Out of This World with a Bowie tribute and dance party full of music inspired by the legendary glam rocker, from New Wave hits to synth-pop. There will also be tasty food and cocktails. Bowie-inspired costumes encouraged. 7-10 p.m. 1 Schenley Park, Oakland. $17.95-19.95. Registration recommended. 21 and over. phipps.conservatory.org


STAGE
The Outsiders, a classic coming-of-age tale written in 1967 by 18-year-old S. E. Hinton, pits rival gangs the “greasers” against the “socs” in a socio-economic battle that transcends generations. For its upcoming production, Prime Stage Theatre brought on former teen gang member, now anti-violence advocate, Richard Garland to serve as production consultant. “If doing this can help me save one person from the life I had, it’s worth it,” says Garland. 8 p.m. Continues through Sun., March 15. New Hazlett Theater, 6 Allegheny Square East, North Side. $5-30. newhazletttheater.org

The Frick Pittsburgh pairs live music with its current exhibit, Maker and Muse, during Music in the Museum: Musical Gems. Head over to the rotunda to hear musicians Sue Garton and Mary Rita Rossetti perform music from the early 20th century to "set the mood for a musical experience complementary to the exhibition." 11 a.m. 7227 Reynolds St., Point Breeze. Registration required. thefrickpittsburgh.org


STAGE
You know that pot comedy script you never finished called “High Finance”? Now’s your chance to stage it live for the world to see at Glitter Box Theater. The 10 Minute Play Festival is a community theater event where you collect your fellow thespians and put on a play that’s somewhere around 10 minutes or less. There are no requirements to submit an idea. 7 p.m. 460 Melwood Ave., Oakland. $5-10. "10 Minute Play Festival Pittsburgh” on Facebook

Celebrate International Women’s Day by supporting over 25 local Pittsburgh female artists and makers at All Rise: A Female Maker Faire. Wares range from gorgeous jewelry by Horsethief and Gypsum Hollow to the whimsical fiber art of Moon and Yarn. The event is hosted by The Wild Rose Collective, a Pittsburgh group aiming to "celebrate, honor, and encourage womxn of today through the stories of our foremothers,” and the first 100 guests will receive a free tote bag. 10 a.m.-4 p.m. Ace Hotel Pittsburgh, 120 S. Whitfield St., East Liberty. thewildroseco.com 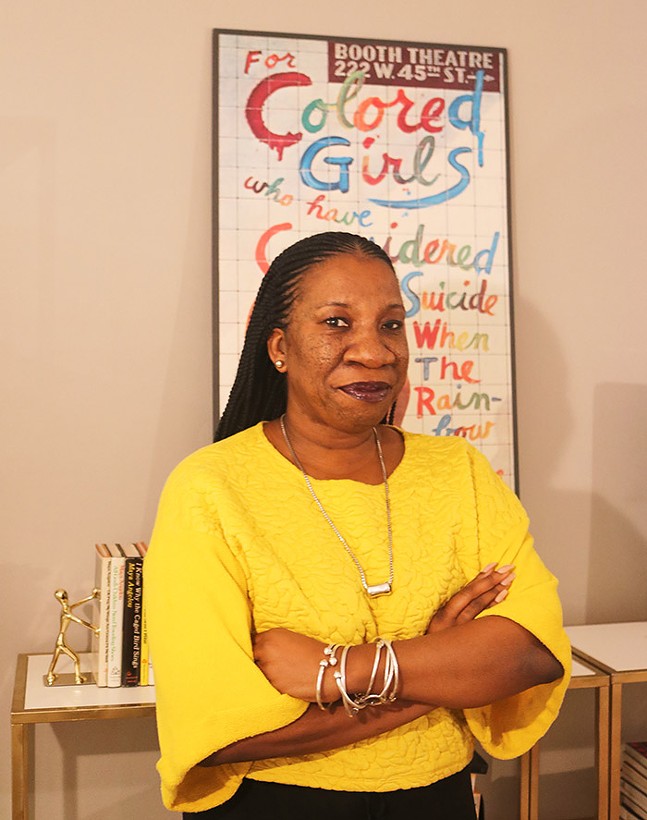 LIT
Last week, the most infamous predator of the #MeToo movement was found guilty of his crimes, a moment that owes a lot to the women who came forward as part of the online movement. Tarana Burke, an activist who began using the phrase “me too” on social media in 2006 to talk about sexual assault, has called it a “movement, not a moment.” She will speak at the August Wilson African American Cultural Center as part of their TRUTHSayers series. 7 p.m. 980 Liberty Ave., Downtown. $38.50. aacc-awc.org

FILM
Not to finger wag or disparage monumental achievements like Dark Side of the Moon or The Wall, but Pink Floyd's three-album run from 1970-'72 is way too impressive to be as overlooked as it is. Atom Heart Mother, Meddle, and Obscured By Clouds may not be as polished or profound — Atom Heart Mother, for instance, has a 12-minute song featuring the band's roadie explaining the breakfast he's cooking in absurd detail — but there are some incredible gems to be found here. Drummer Nick Mason performs songs from these records, as well as the Syd Barrett days, in the live concert video Nick Mason's Saucerful of Secrets: Live at the Roundhouse. It's not as visceral as seeing the real thing live, but Rangos Giant Theater at Carnegie Science Center might be the next best thing. 7 p.m. 1 Allegheny Ave., North Side. $13.95. carnegiesciencecenter.org

DRINK
It’s like Shark Tank, only you’re drunk. At least that’s my understanding of Tipsy Pitches, which “gives founders a chance to use their creative talents and pitching skills to share silly, entertaining business ideas, and you a chance to cheer them on, and vote for your favorite farcical ideas.” It’s your chance to finally get that flying vacuum on the market! 6-9 p.m. AlphaLab, 6024 Broad St., East Liberty. “Tipsy Pitches” on Facebook