There's a documentary in the works about the Sheetz vs. Wawa rivalry | Screen | Pittsburgh | Pittsburgh City Paper

There's a documentary in the works about the Sheetz vs. Wawa rivalry

Todd Downs
Anyone who has lived in the suburbs or a rural area knows the importance of gas station convenience stores. They operate like surrogate grocery stores or fast food restaurants when none are nearby; as a result, they inspire a surprising amount of passion.

How strong are these allegiances, and what do they ultimately say about our desire for identity and rivalry? This is the topic of Sheetz vs. Wawa, a documentary by local filmmaker Matthew Fridg, currently in the middle of a Kickstarter campaign to fund the project. It will focus on the competing passion of fans of Sheetz, a Western Pennsylvania staple, and Wawa, popular in the areas around Philadelphia.

"I mean, it's a movie about two convenience stores on the surface, but I think some of the people are just excited to see Pennsylvania, a Pennsylvania filmmaker," says Fridg. "They're gonna see their home territory represented on the big screen."

Fridg launched the Kickstarter on April 8 with a month-long campaign and a $25,000 goal. As part of the rewards of the Kickstarter, donors can pledge their allegiance to either Team Sheetz or Team Wawa. Sheetz currently holds a significant lead with the Kickstarter about a third of the way to its goal.


"We do, for whatever reason, to whatever degree, separate ourselves into areas of identity, and that's a really good thing. But oftentimes, it causes us not to look really closely at the other side and see what makes us different, but honestly what makes us more the same," says Fridg. "I think that's one of the reasons someone in Arizona or Maine or California who has never experienced a Sheetz or a Wawa, will be able to find a connection in the film."

The film got the OK from both Sheetz and Wawa, and both CEOs of the stores will be interviewed for it, as well as customers, authors, biographers, and authorities in the gas and retail industries.

While some people might have no opinion about these convenience stores, and/or even actively disassociate from the debate, Fridg sees that as an interesting part of the equation too.

"I'm very curious to see how that underlying aspect of human nature plays out in the denial of rivalries — the wanting to not associate with a rivalry or disassociate yourself from a group for the sake of having an identity as disassociated from the whole."

The Kickstarter has an All or Nothing goal, meaning the project won't get any of the money raised unless its entire goal is met. Fridg says he would try to do the project even if the goal isn't met, but it would be less fun for all involved. After all, one of the prizes for backing the project includes a private screening of the completed film, catered by either Sheetz or Wawa.

Does your Sheetz have curly fries? 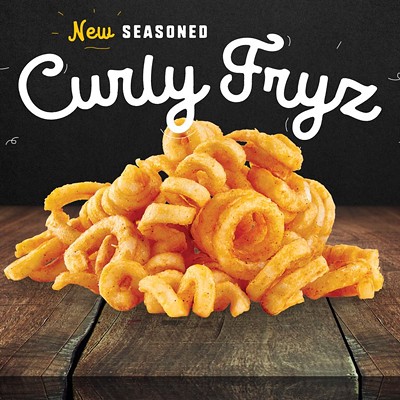