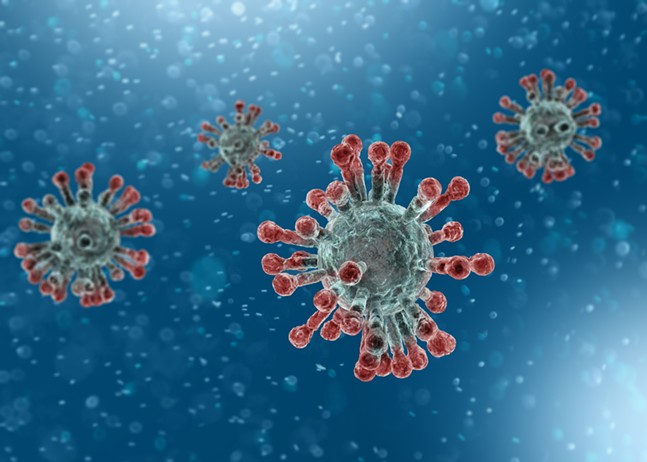 Update: 11 a.m., Fri., March 6:
In a press release this morning, Gov. Tom Wolf confirmed that Pennsylvania has two "presumptive positive" cases of the coronavirus, one adult in Wayne County and one adult in Delaware County. Both are currently under isolation in their homes. One of the individuals recently traveled to a country where the virus is present, and the other traveled to a part of the U.S. where the virus is present.

Wolf reiterated that Pennsylvania is making preparations to handle a larger outbreak of the virus in the state.

“We anticipated this very scenario and have been preparing for Pennsylvanians to become impacted by this virus,” said Wolf in the press release. “This is not the first rapidly-spreading virus we have faced in our commonwealth and it will not be the last. We are prepared to mitigate the spread of this virus.”

The number of cases worldwide has risen to around 100,000, with 233 confirmed cases in the U.S. and 12 deaths. According to the press release, Pennsylvania has a testing capacity of 20-25 people per day, with equipment purchased to increased the testing capacity.

In another press release, Gov. Wolf announced he signed an emergency disaster declaration “to provide increased support to state agencies involved in the response to the virus,” according to a press release.

Wolf said that he authorized the Pennsylvania Emergency Management Agency Director to "assume command and control of all statewide emergency operations and authorize and direct that all commonwealth departments and agencies use all available resources and personnel as is deemed necessary to cope with this emergency situation."

There are still NO confirmed cases of COVID-19 in @Allegheny_Co. Our guidance and recommendations remain the same at this time. We will provide additional information it becomes available.


Original Story from Mon., March 2:
This morning, the Allegheny County Health Department held a press conference to address concerns about COVID-19, known colloquially as the coronavirus.

There have been no known cases reported in Pennsylvania “but some are expected as testing is expanded,” the ACHC wrote in a press release. Currently, ACHD does not have a supply of testing kits to detect for the coronavirus, but they are available through the Pennsylvania Department of Health. If a patient suspects they may have the virus, their doctor has to get approval from the ACHD before it gets sent to the state lab, a process that ACHD medical epidemiologist Dr. Kristen Mertz says takes around 24 hours between the shipping and testing of the sample.

At the press conference, the ACHD declined to say how many people have been tested or requested to be tested, only that there have been no confirmed cases. The county does not expect to get test kits for another few months.

“It is currently flu and respiratory disease season and the [Centers for Disease Control and Prevention] recommends that getting a flu vaccine and taking everyday preventive actions to help stop the spread of germs. This includes staying home when you are sick; covering coughs and sneezes with a tissue, elbow or sleeve; practicing good hand hygiene; avoiding shaking hands; and routinely cleaning frequently-touched surfaces and objects,” wrote the ACHD in the press release.

This includes smartphones: A recent study in the Journal of Hospital Infection found that viruses can survive on the screen of a smartphone for up to nine days.

According to the CDC, symptoms of COVID-19 include a fever, cough, and shortness of breath, which can occur 2-14 days after exposure.

On Tue., Feb. 25, CDC announced that around 80,000 cases have been reported since the outbreak began in Dec. 2019, the majority of which have been in mainland China. (The numbers have since risen.)

There have now been 96 diagnosed cases in the U.S., with six deaths reported.

The ACHD has a web page with more information and resources about the coronavirus here.

Pa. plans to lift mask mandate by June 28, or earlier if 70% of adults are fully vaccinated