There ain't no shame in our bodily fluids' game

Get the dirt on the female squirt 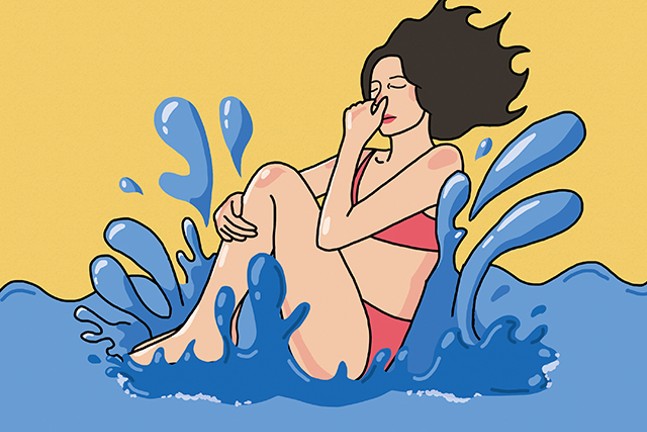 “A girlfriend of mine was using a Bodywand on me while she held down my bucking hips and out of this beautiful building intensity came three huge squirts from me," she says. “It was truly magical!”

And Eleven was with a partner the first time they squirted. They say, “I was riding him, and I just, let go, and soaked him from his nipples to knees. I was proud of myself.”

What all of these stories have in common is an element of surprise, but a surprise that was particularly intense: magical, amazing, and something to be proud of. Perhaps the surprise can be traced to how little people understand about female ejaculation, even though there is consistent interest in how it happens, what it is made of, and what it means.

Professor Sarah Alison Miller, author of Medieval Monstrosity and the Female Body (Routledge Press), comments that the debate about female bodily fluids is not new.

“There is a long-standing history in Western medical and psychological discourse that women are ‘wet’ by nature; they leak excess body fluids.” Miller says that while it was acknowledged that excess bodily fluids needed to be purged to maintain health and balance, it mattered how this was done. “Historically speaking, the policing of the female body boundaries and body fluids is linked to the policing of female sexual practices.”

“Years later, [a different partner] immediately insisted I [had] peed all over him. Now I can’t squirt like that, I hold back, afraid of pee.”

While Morena was alone when she squirted the first time, her mother noticed the next day. “My mom got mad because she thought I peed the bed and I didn’t correct her," she says.

The debate about what female ejaculatory fluid is made up of is less interesting than the fact that so many women report these contradictory experiences of very intense sexual satisfaction, coupled with a shaming that is just as intense.

Miller comments, “The degree to which wetness is considered desirable becomes mixed with more complicated ideologies concerning the parsing of body fluids: Which ones are desirable? Which ones are considered abject? And — perhaps most important for this topic — how does one categorize these fluids and how they are purged, displayed, and shared.”