A comedy about friends, beer and the end of the civilization 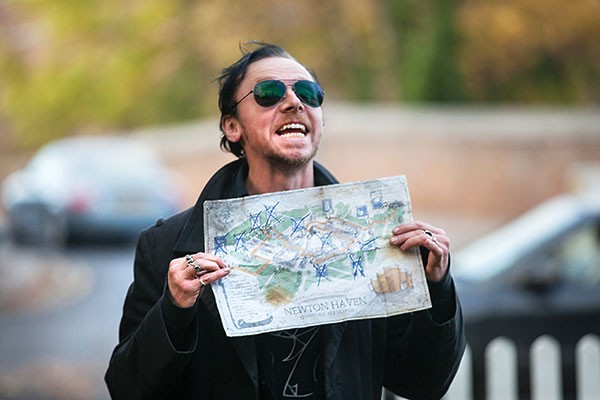 If you loved Shaun of the Dead and guffawed through Hot Fuzz, you'll want to finish out Edgar Wright and Simon Pegg's "Cornetto Trilogy," which concludes with The World's End. It's similarly executed — an ensemble comedy headed by Pegg and Nick Frost, and directed by Wright — and doubles, as did the others, as a genre riff-mash-up. The gang has tackled zombies, rom-coms, cop actioners and cozy murders; now it's sci-fi and reunion films.

Wrapping up the trilogy is certainly an easier quest than the one the five lads are on: Back in their hometown after 20 years apart, their dissolute leader Gary (Pegg) insists they re-tackle an unfinished pub crawl — 12 pubs, from The First Post to The World's End. Turns out things in town are not quite right, and each pub stop brings more disturbing developments.

End is not quite as fresh and funny as Shaun was, and as in Hot Fuzz, some of the clever dialogue and small-scale humor gets drowned out by noisy action sequences. And despite reaching a conclusion, the film feels less focused in the final reel.

Still, there are plenty of laughs, a full complement of 1990s Brit-pop, and a lesson or two about how things change, how they stay the same and what remains important. Hint: friends. Also, beer: "'Til the bitter end," says Gary. "Or the lager end."