The detective spoof features a cameo by Rick Sebak 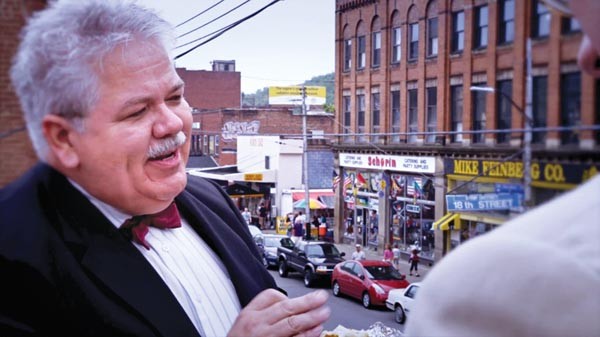 Neither Andrew Keleman nor Mike Rubino had ever made a film in 48 hours before. But in July, their smart detective spoof "Letter Die: A Gamut Sibling Mystery" was voted best film at Pittsburgh's incarnation of the national 48 Hour Film Project short-film contest. A screening highlights the Sept. 11 Film Kitchen.

Keleman shoots and edits for a production house that often collaborates with the ad agency that employs Rubino. Their skills were complementary: Keleman knew tech-crew types, while writer Rubino — who performs sketch comedy — knows actors.

Competing teams each had 48 hours to write, shoot and edit seven-minute films based on blind draws of a genre. The Scattergories-themed "Letter Die" stars Abby Fudor and John Steffanauer, and includes a Rick Sebak cameo. The film's headed to the 48 Hour nationals. Keleman and Rubino have also entered it in a few festivals. "We don't want to get too hung up on it, because we made it in 48 hours," quips Keleman.