The Way, Way Back

Despite its familiar plot and characters, this winning coming-of-age comedy feels remarkably fresh 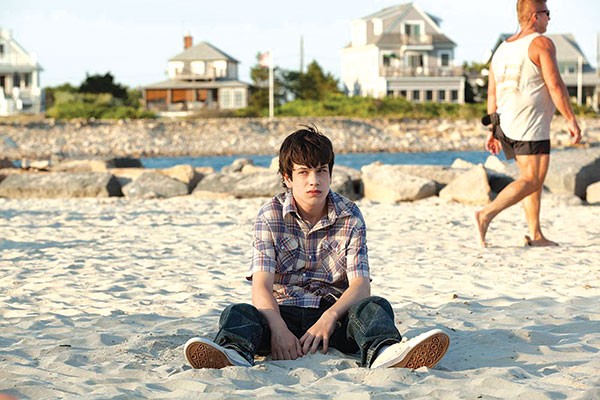 Duncan (Liam James) isn't much of a beach boy.

The Way, Way Back

En route to the beach where he will spend the summer with his mom (Toni Collette) and her new boyfriend, Trent (Steve Carell), 14-year-old Duncan (Liam James) is balefully watching the road retreat from the rear-facing station-wagon seat, a.k.a. "the way, way back." Trent asks Duncan to rate himself on a scale from 1 to 10. Duncan tentatively offers "6." Trent says no, you're more like a 3.

This is going to be a long, miserable summer.

It probably was going to be in any circumstances for Duncan, who's introverted, geeky-looking and socially awkward. But now he's trapped with his mom's dickish boyfriend, older teens who despise him, as well as a weirdo kid with a lazy eye and an oversharing, boozy mom (Allison Janney). But as depicted in this sweet coming-of-age comedy, The Way, Way Back, both the summer and Duncan's sense of self-worth can be salvaged.

Duncan borrows a girl's bike (naturally), and on his ride-about discovers Water Wizz, a cheerfully grotty water park. The park's manager, Owen (Sam Rockwell), is a feckless, middle-aged man-child, but he's wise enough to intuit Duncan's loneliness. Owen offers Duncan a job, and uses his disarming goofball charm to coax Duncan out of his shell.

At Water Wizz, Duncan finds respite from familial psychodramas, and also discovers unknown reserves of playfulness and confidence. (It's nice, for once, to see an awkward teenage boy saved through work and platonic relationships, rather than the miraculous intervention of a beautiful girl.)

The Way, Way Back is written and directed by Nat Faxon and Jim Rash. There are as many coming-of-age films as there are bad beach vacations, but despite its familiar plot and characters, the film feels remarkably fresh. It's funny, but with a bittersweet edge, and many finely observed moments about adolescence, family, growing up and neglecting to grow up.

Much of the film's charm is borne on James' hunched shoulders and Rockwell's manic charisma. Rockwell is as funny as you hope, but it's his unstated empathy for Duncan that really makes this a winning performance. It's a great cast all around, with nearly every character doing double-time to be entertaining on the surface, while not quite concealing the insecurity and confusion beneath. The adults aren't doing any better than Duncan at social interactions or being true to themselves: They just look better faking it.

The film ends with Duncan once again in the way, way back.But it's now a space he's claimed rather than been banished to, and the view out the back window is of Duncan's greatest summer ever.