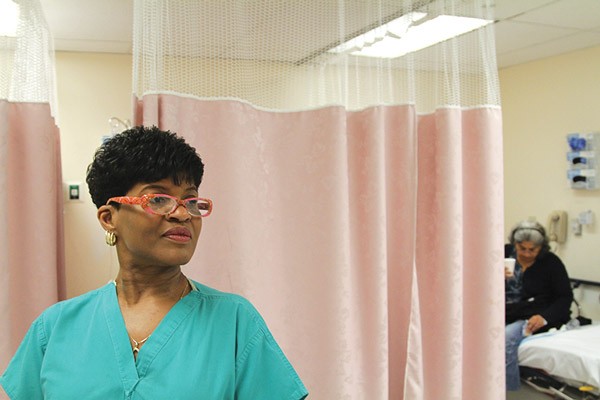 Peter Nicks' new documentary depicts a day at the emergency room of a public hospital in Oakland, Calif., exposing the hard work and frustration that make up one of health care's thinly stretched safety nets. The film unfolds with no narration, stitching together scenes from the waiting room, triage desk and examination rooms. Despite this lack of frills, it's a surprisingly humanistic approach; you'll want to know how it all works out for these people you meet — patients and staff — who fight to maintain dignity and composure in an environment inclined to cause frustration and anger. Ailments run from strep throat and chronic diseases to gunshots and vague complaints; patients include a drug addict picked up on the street to a young man bounced from a private hospital after being diagnosed with a testicular tumor.

But far too many "health" challenges involve fighting the system — paperwork, bills and the Sisyphean task of finding available beds and doctors. The film neatly encapsulates how leaving the emergency room as the last resort for the uninsured is an imperfect solution for providing health care. That's infuriating and depressing, and rightly so. Yet this film also underscores the humanity beneath the bureaucracy, and the commitment of the staff to processing an endless stream of hurting people. Health care is an ugly, sprawling social, political and economic battle, but the frontline — this waiting room — is still made up of, as one nurse calls them, "all these beautiful people."