The Vanishing Half melds fiction and fantasy, but its insights into Black identity in America couldn’t be more real | Literary Arts | Pittsburgh | Pittsburgh City Paper

The Vanishing Half melds fiction and fantasy, but its insights into Black identity in America couldn’t be more real

Photo: Emma Trim
Brit Bennett
Really think about the following question: If you had the option to present yourself as either Black or white to the world, what would you choose? In Brit Bennett's sophomore novel, The Vanishing Half, a set of identical light-skinned twin sisters end up on two very different paths when one marries a Black man and the other marries a white man and starts passing herself off as white.

The sisters, Stella and Desiree, grow up in the fictional small Southern town of
Mallard, La., a town so small it can't be found on a map. But what really sets Mallard apart is that it is entirely made up of light-skinned Black residents. It's the 1960s and dark skin is looked down upon, and after generations of marriages within the light-skinned community, every single person in Mallard could pass as white if they dared to do so. No one attempts this, however, until Stella. 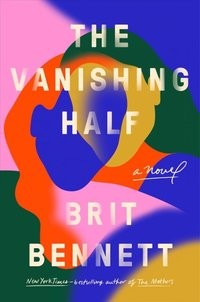 At 16, Stella and Desiree run away to New Orleans to escape their color-stuck town and limited possibilities. After a short time in the city, Stella runs away again, this time leaving her twin sister in the middle of the night with no explanation. The Vanishing Half follows the twins and their daughters over multiple generations after Stella's disappearance. The story opens with Desiree as she returns to Mallard years later with a "blue-black daughter" named Jude and a deep emotional wound from Stella's abandonment.

The Vanishing Half is a story rooted in race relations and fairytales. You're with the twins as they watch their father get pulled from his bed and lynched. You're there when they are turned away from jobs once the employer finds out they're Black. You're there as Stella struggles with her identity — once she starts passing, she has created a new self while losing another. While the racial politics are rooted in reality, there are also aspects of the story that are fairy-tale like and whimsical. Bennett creates a world that pulls the reader in while also digging into the human mind. It feels vaguely unreal but is entrenched with raw emotions and real-world truths.

At a time when Black identity and Black lives are at the forefront of discourse in America, and parallels are being drawn between the present and the protests of the 1960s, The Vanishing Half could not have come at a better time. Fictional or not, the novel gives an honest glimpse of what it’s like to be Black in America.