The top events in Pittsburgh for April 14-20

ART • IRL
For over 40 years, Fireborn Studios has been teaching classes and featuring the ceramic works of regional artists in their gallery. Join them for the next Ceramixer, an event where you can fire your own creations in their gas kiln, have a cocktail, and chat with other makers. This event is presented by Pittsburgh Ceramics Collective, an organization dedicated to creating events that put a spotlight on the local ceramic arts community. 6:30 p.m. 2338 Sarah St., South Side. Free. instagram.com/pittsburgh_ceramics_collective

FILM • IRL
With its harsh climate, wicked wildlife, and shark-infested waters, Australia has a reputation for being dangerous. That reputation will only grow with the screening of Stunt Rock at Harris Theater. Described by film company Kino Lorber as “part documentary, part rock film, and all kinds of crazy,” the restored 1978 release pays tribute to Grant Page, a “fearless Australian stuntman” known for his work on Mad Max, Road Games, and The Gods Of Egypt, among other titles. The film stars Page as a stunt person who travels to Los Angeles to work on a television series, all while developing “pyrotechnic magic tricks” for his cousin's rock band Sorcery. 5:30 p.m. and 9:30 p.m. Continues through Wed., April 20. 809 Liberty Ave., Downtown. $11. trustarts.org

STAGE • IRL
Fans of RPGs should head to Greer Cabaret Theater for The Twenty-Sided Tavern. Described as an “interactive, rowdy, immersive theater experience that makes you feel like a hero,” the show syncs with an app that allows audience members to determine the characters’ fates. Bring your smartphones and decide as a group how the show will play out. This is the first show in the Pittsburgh CLO Kara Cabaret Series. Guests under 21 must be accompanied by a chaperone 25 or older. 7 p.m. Continues through April 30. 655 Penn Ave., Downtown. $20-49.75. trustarts.org

ART • IRL
Goodlander Cocktail Brewery is a relatively new space known for crafting beautiful cocktails. For one night only, they will operate as a gallery space for Found / Assembled, an exhibition featuring large-scale paintings by Pittsburgh artist Grant Catton. Produced over the past year, the pieces demonstrate Catton’s style of using found surfaces as canvases, which his website says could include anything from an IKEA cabinet door to a scrap of wood he found on the curb. 7-10 p.m. 6614 Hamilton Ave., Larimer. Free. grantcatton.com

EVENT • IRL
Evolve Coaching, a local nonprofit that supports individuals with autism, will host its first annual charity Cornhole Tournament at Railroad Park. The tournament is open to all ages and will raise money for the Bridge Fund, described as helping Pittsburgh’s young, neurodiverse people “achieve their goals of completing college and finding meaningful work.” Register any two-person team for $40. Guests are encouraged to bring a picnic lunch and sample local businesses like Mechanic’s Coffee, Inner Groover Brewing, and the Tango Food Truck. 1-5 p.m. 737 East Railroad Ave., Verona. Free to attend. evolve-coaching.org/cornhole

CRUISE • IRL
Do Easter a little differently this year with a boat ride on the Gateway Clipper. The Easter Dinner Cruise invites guests to enjoy a holiday meal on the water, all while listening to fun music and taking in the sights of the city. The event includes buffet-style dining, full-service bars offering liquor, beer, wine, and soda, and DJs playing hits from the 1970s through the 1990s. 4-6 p.m. 3:15 p.m. board time. 350 West Station Square Drive, South Side. $30-70. gatewayclipper.com/holiday-cruises 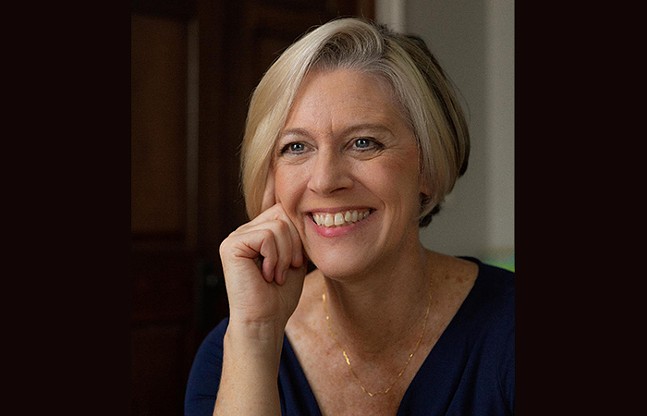 LIT • HYBRID
Oncology nurse Theresa Brown thought she knew everything about cancer, but that all changed when she received her own breast cancer diagnosis. In her new book Healing: When a Nurse Becomes a Patient, Brown, who also wrote the 2015 New York Times bestseller The Shift: One Nurse, Twelve Hours, Four Patients’ Lives, talks about her journey from her first mammogram appointment to diagnosis, treatment, and recovery. A press release describes the book as an “intensely personal story” that presents “an honest — and rare — look” at struggling with cancer while “navigating the maze of American health care from the unique standpoint of both a patient and a practitioner.” Brown will read excerpts from the book and engage in a discussion with Ken Segel, co-founding principal and CEO and managing director of Value Capture, at City of Asylum. 7-8:30 p.m. 40 W. North Ave., North Side. Free. Registration required. cityofasylum.org

COMEDY • IRL
Arcade Comedy Theater pays homage to one of the best sitcoms in television history with The Golden Gays: Golden Games. Presented by Golden Gays NYC, the drag show takes guests on a hilarious musical journey through the favorite game shows of Dorothy, Blanche, and Rose, all while the three friends search for a missing Sophia. Be ready to answer some trivia questions because this event includes audience participation. 6 p.m. and 8:30 p.m. 943 Liberty Ave., Downtown. $30-50. All ages. arcadecomedytheater.com/events

LIT • IRL
Best-selling author David Sedaris will take the stage at Carnegie Music Hall of Oakland as part of a new tour. Known for his humorous personal essays, Sedaris has published a number of acclaimed books, including the 2021 release Carnival of Snackery. Presented by Drusky Entertainment, Show and Tell Presents, and 90.5 WESA, the night will showcase the sardonic wit of this “one-of-a-kind” literary figure. 7:30 p.m. 4400 Forbes Ave., Oakland. $41.50-61.50. All ages. druskyentertainment.com/event/david-sedaris

KIDS • IRL
Pittsburgh Parks Conservancy continues its Earth Month celebration with “Meet Me in the Park” Children’s Activities. Kids and their caregivers can fly kites, decorate binoculars for a bird scavenger hunt, and enjoy time outdoors during this family-friendly outing designed to connect people with Pittsburgh’s beautiful parks. This event will take place in Sheraden Park off Surban Street, near the shelter and lower playground. 3:30-5:30 p.m. Surban St., Sheraden. Free. Registration suggested. pittsburghparks.org/earthmonth