The Tides of Provincetown encapsulates a full century of American art.

From classical-realist portraiture to digital photography, as created at the tip of Cape Cod. 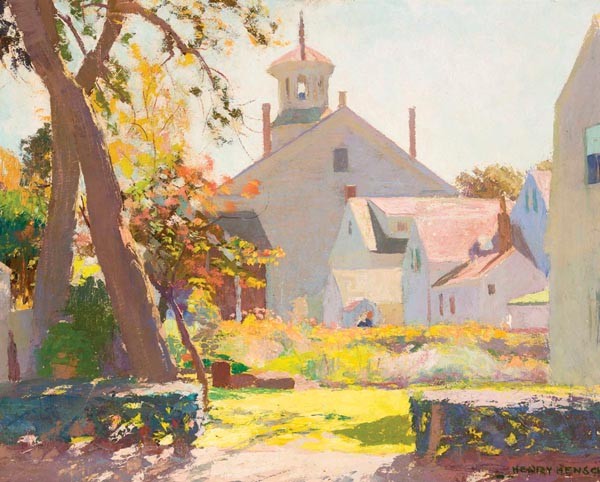 The whole history of Western art in the 20th century plays out in 3,000 square feet under the roof of the Westmoreland Museum of American Art -- or at least its big, general story arc does.

The Tides of Provincetown features works created in the sandy town at the tip of Cape Cod from throughout its century as a summertime haven for the elite of the art world. The likes of Milton Avery, Jackson Pollock, Robert Motherwell and Mark Rothko (all of whom are represented in Tides) have stayed and worked in Provincetown, bringing with them all the trends and schisms of modern art.

Displayed along a timeline, covering 1899 to 2011, the exhibit's dominant style starts as classical realism, melts into increasingly abstract shades of expressionism and then splinters into a variety of self-aware approaches, many of them with a multimedia bent. 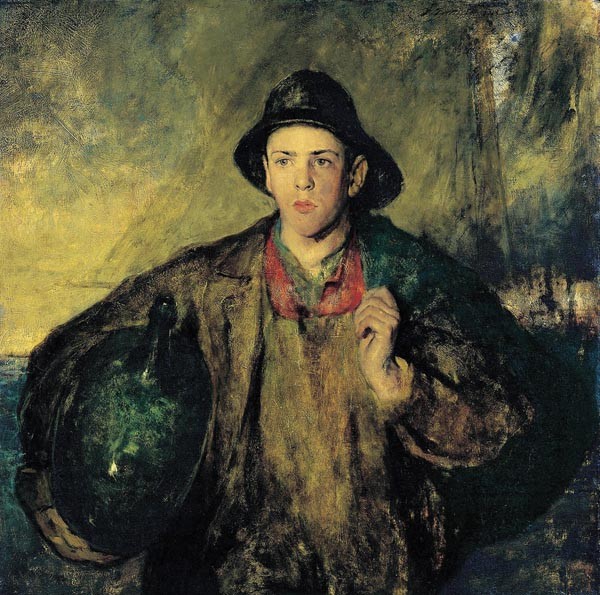 The conventional portraits of sturdy, noble fishermen painstakingly painted by Charles W. Hawthorne, founder of the town arts scene, in the 1910s hang on the same wall as Blanche Lazzell's depictions of the same waterfront scenery stamped out in neon colors with wood blocks about 10 years later. Pieta III, Sam Feinstein's anxious wash of bright reds and oranges, stands a few feet from the warm, huddled, boldly discernable family figures in Max Bohm's Mother and Children.

Traces of cubism, pop art and just about every other major trend of the past century can be found somewhere in the space, and Tides ends on a distinctly fractured note with an array of digital photographs, assemblages and even a few mythic images painted onto seashells, created in the last 10 years. Yet the show does not lead to a feeling of stylistic whiplash. Everything seems to have a place within its vast, brisk-paced evolution.

This was the intent, says Alexander Noelle, who curated the show for the New Britain Museum of American Art in New Britain, Conn., where it had its initial run this summer before moving to the Westmoreland Museum. "I went through artist by artist and choose the artists who would tell the best story," says Noelle, who hunted down 121 pieces from galleries, museums and collectors.

It was partially the circumstances of history that made this seaside strip of land an artists' mecca, says Barbara L. Jones, chief curator of the Westmoreland Museum. Hawthorne, mentioned above, founded the Cape Cod School of Art there in 1899, when Provincetown was mostly a fishing village. A few notable artists had gravitated there when war disrupted the usual pathway of world-class artists. "During World War I, many American artists could not [train] in Europe," says Jones, "and during World War II, many European artists fled to the U.S. and arrived in Provincetown."

It's not just tradition or prestige -- or gorgeous beachfront property -- that keeps drawing artists to the town. Robert Motherwell noted that Provincetown is on the same meridian as Barcelona, Rome and Macedonia and gets the same soft, warm sunlight, he said, "as seductive to painters in the modernist tradition as geometry was to ancient Greek philosophers and musicians."

The town's aura inspired many artists featured in Tides to paint nautical scenes and the particular architecture of Provincetown, with small houses cobbled closely together, is seen throughout. Noelle notes that even the ones whose style is too abstract for images of beaches and boats paint in the bright, warm hues of Provincetown's particular kind of sunlight. (Jack Pierson's photo portrait of himself, buff and cleanly shaven by the poolside, is a purposefully homoerotic take on the kind of glamorous beach photo once found in brochures. It's the only work in Tides that suggests the other thing Provincetown is known for, its reputation as a gay-and-lesbian vacation spot.)

Though it would have been easier to cleave off a portion of Provincetown's 112-year history for the exhibit, Noelle says the breadth of styles and years better demonstrated the vitality of Provincetown. "I wanted people to realize this is an ongoing art colony," he explains. "So many places like this fizzled out. One of the testaments of Provincetown's success is that it is still ongoing."