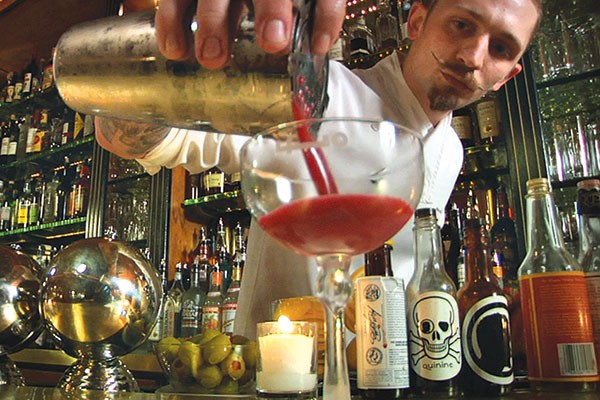 The Three Rivers Film Festival wraps up Sat., Nov. 23. Here are reviews of two films playing during the final days.

Hey Bartender. Douglas Tirola's documentary focuses on the rise of the craft-cocktail scene by filling in the history of mixed drinks in the U.S and interviewing its forbearers and current stars. The expected roster of tattoo-ed and mustachioed Young Turks are profiled, but it's two older gentlemen who are the most fascinating: Dale Degrodd, who has mixed drinks for decades; and a bar-owner from Westport, Conn., who wonders whether his struggling Cheers-type bar needs fancy cocktails. Director Tirola is scheduled to attend; see an interview with him in CP's On The Rocks column, page 19. 7 p.m. (6 p.m. cocktail tasting), Thu., Nov. 21. Harris

Zero Charisma. If you — or a loved one — have ever been sucked into table-top role-play gaming, there is much to amuse you about Andrew Matthews and Katie Graham's comedy. Its protagonist is Scott, a pasty lump of a man whose life is being the game-master of a long-running fantasy RPG — until a "cooler" player joins the group and Scott's pathetic-but-satisfying life begins to fall apart. Scott is pretty emotionally stunted, and it's gonna take more than a high roll of the dice to see him out of this dark journey.