The Summer King at Pittsburgh Opera 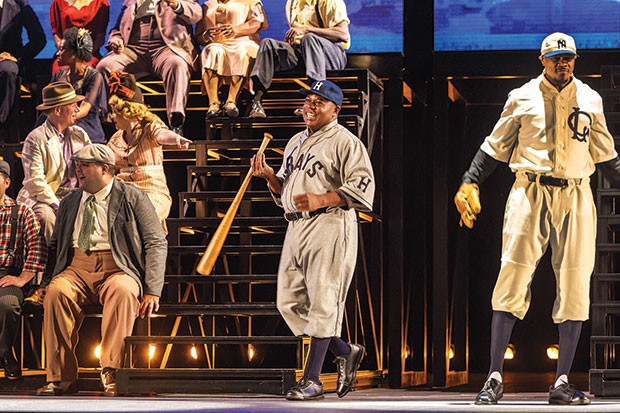 continues through Sun., May 7. Pittsburgh Opera at the Benedum Center, 237 Seventh St., Downtown. $12-155. 412-281-0912 or pittsburghopera.org
Some 70 years after his largely unheralded death, Josh Gibson gains even more of a deservedly heroic stature with Pittsburgh Opera’s world premiere of The Summer King: The Josh Gibson Story. The subject of various books, poems and plays, the Negro Leagues star is the first (and only) baseball player to move into opera, a co-production with Michigan Opera Theater — and Pittsburgh Opera’s first-ever world premiere — after 14 years of work by composer/librettist Daniel Sonenberg.

Not a “classical” tragic figure brought low by his own hubris, Gibson was defeated by outside forces (particularly systemic racism and exploitation) as well as by his inner demons, which might have been conquered in a just world. A Pittsburgh resident since childhood, he played for teams including the Pittsburgh Crawfords and Homestead Grays. By various measures, he was the greatest ballplayer — certainly the greatest hitter — who ever lived, cemented by his unique, legendary home run that exited Yankee Stadium in 1930.

There is no proof that this actually happened.

There is no evidence that it didn’t.

That conundrum tickles the entire tale. Sonenberg (with co-librettist Daniel Nester, and additional lyrics by Mark Campbell), not surprisingly, plays loosely with Gibson’s actual biography and chronology. In any case, his “summer king” is doomed to fail in autumn, and die by winter. Gibson’s glory days collide with his greatest sorrows. His greatness went largely unrecognized until well after his death.

Bass-baritone Alfred Walker, as full in voice and stature as the title character, commands the stage. Opposite him as his various ladies, Jasmine Muhammad thrills as long-time hard-luck mistress Hattie, with Jacqueline Echols as his beloved wife, Helen, and Denyce Graves as the femme fatale Grace (and note how fabulously costume designer Kaye Voyce dresses her). Kenneth Kellogg is a vocal and acting delight as Josh’s closest buddy.

“War and its aftermath” in Pittsburgh Opera’s A Long Walk