The summer dance season begins with the PrideFest dance showcase 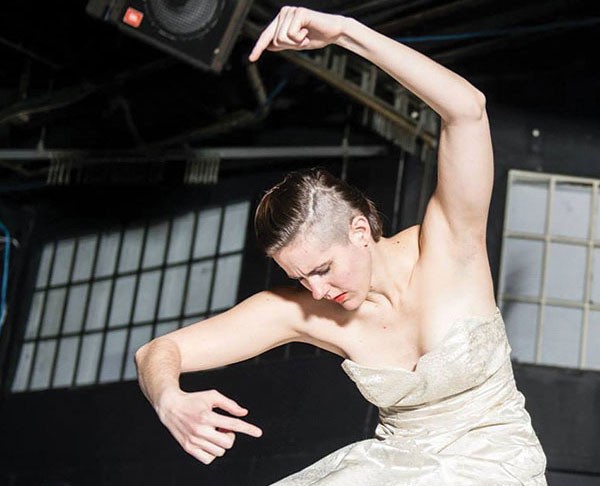 Sixth Street Stage. Jean-Paul Weaver (2 p.m.) will perform his solo work-in-progress “Madonna Gris.” Set to music by Yo-Yo Ma, Bobby McFerrin and others, the seven-minute solo “examines the history and intersection of queerness and spirituality through the lens of voodoo culture and folklore,” says Weaver. Texture Contemporary Ballet (2:15 p.m.) performs four short repertory works, including: artistic director Alan Obuzor’s solo “Happiness” (2016); Pittsburgh Ballet Theatre dancers Diana Yohe and Corey Bourbonniere’s five-minute duet “If You Don’t Wanna Love Me” (2015), set to music by James Morrison and performed by Bourbonniere and Madeline Kendall; an excerpt from Alexandra Tiso’s “Weight of Living” (2015); and Kelsey Bartman’s “Outro” (2012). STAYCEE PEARL dance project (3 p.m.) performs an excerpt from Pearl’s PLAYGROUND entitled “MINE.” The seven-minute duet to music by Beyoncé recalls Pearl’s memory of her first crush as a child. Dancer/choreographer Moriah Ella Mason (3:10 p.m.) makes her PrideFest debut in a yet-to-be-titled duet she and Sarah Bauer will perform to an original soundtrack created by Mason and J.F. Winkles. The work-in-progress, says Mason, “is inspired by representations of the poet Sappho and what she has come to represent throughout history and our own experiences of poetic sensuality and relationship.” And Trevor Miles | Trevor C. Dance Collective (3:15 p.m.) debut a new version of “To Part,” which the company performed at last month’s newMoves Contemporary Dance Festival. The group work, says Miles, “is about the powerful moment before someone takes their life, and the discussion they have internally.”

10th Street Stage. As in a music concert, slowdanger (4:30 p.m.), a.k.a. Anna Thompson and Taylor Knight, will perform a set of their original songs while improvising dance to them. And concluding the program is the debut performance of LaMar “Honeybee” Williams’ troupe kNOwSHADE (4:45 p.m.), with “kNOwSHADE: The Awakening,” a 10-minute work featuring underground ballroom vogue dance styles.

No Need To Panic: The Pittsburgh Pirates will be just fine in 2018