Times are bleak in a post-apocalyptic Australia, in this spare drama 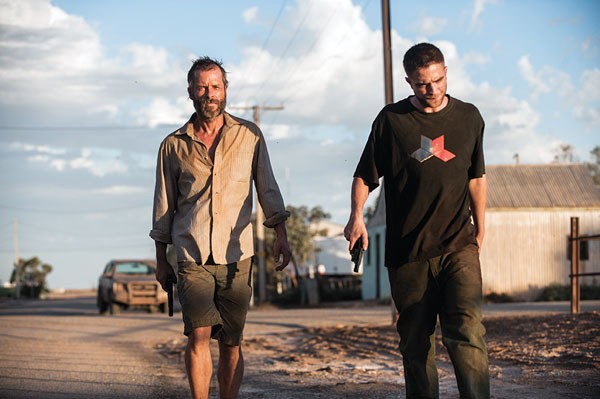 Maybe it's that vast and desolate outback, or being a continent on the edge of the world, or starting modern life as a penal colony, but Australia has a penchant for creating unsettling films that double-down on bleakness and violence. This one, directed by David Michôd (Animal Kingdom), takes place in the blistering heat and dust of "Australia, 10 years after the collapse." The story is simple: An angry loner (Guy Pearce), doggedly and with casual violence, pursues the men who stole his car, with the reluctant aid of Rey (Robert Pattinson), the injured, simple-minded brother of one of the thieves. The landscape is harsh; the few people encountered are near-feral survivors; and moments of humanity are as rare as the much-desired gasoline. Yet somehow in this slowly paced tale with minimal dialogue, the two men find a connection — but it may prove as fragile as anything else decent in this lawless space. For fans of The Road, and similar spare existential tales of men wondering in apocalyptic landscapes.