The Steelers are really good, and the Browns are very, very bad. But we do have other sport topics worth arguing about.

It seems nonsensical to even think about comparing Cleveland and Pittsburgh sports. The whole rivalry started because of the Browns and the Steelers. But those days are behind us. The Steelers are really good, and the Browns are very, very bad. But we do have other sport topics worth arguing about.

The case for LeBron

With all due respect ... Never mind. No respect given. Seriously, come the fuck on. Even though Pittsburgh’s only relevant experience with professional basketball comes from the too-shitty-to-even-be-campy 1981 film The Fish That Saved Pittsburgh (the plot: a struggling basketball team takes the advice of an astrologer who claims that having only players who are Pisces is the recipe for success), we assume you still have the internet and television and are vaguely aware of LeBron James, of the Cleveland Cavaliers. Maybe you even have a movie theater where you’ve seen him deliver showstopping cameos and supporting-actor roles alongside Hollywood’s biggest names. Or has your horoscope warned you not to leave the house the past decade? We just assume that’s how you make all your important decisions. 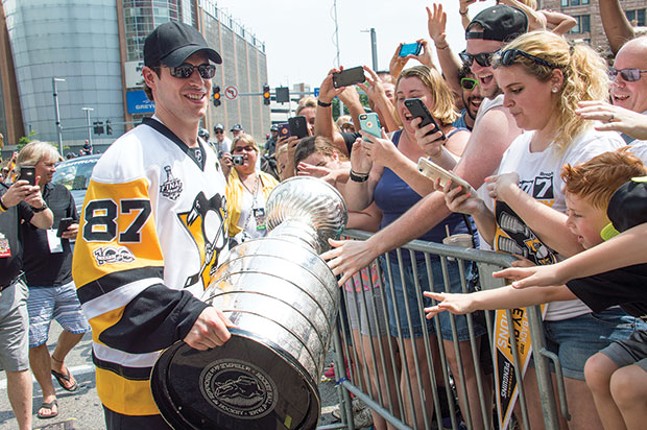 The case for Sid

Few people would argue that these two guys are not the best in their respective sports. Both have won multiple world championships and MVP titles. So let’s talk intangibles. Loyalty: In his first foray into free agency, Crosby signed a long-term deal to stay in Pittsburgh until 2025; James left for Miami during a vomit-inducing ESPN special called The Decision, and he’s probably leaving again after the upcoming season. Drama: Crosby brings none. The Penguins fire a coach, hire a bad one, fire him and hire a good one. In all three situations, Sid the Kid played his heart out and did his job. LeBron wasn’t a fan of former coach David Blatt, despite Blatt getting the team to the finals the year before, and reportedly applied pressure to get him fired. And, finally, footwork. Crosby can skate. Skating is much harder than running. Although James is a better runner. You’ll see that when he runs to join the Lakers next year.

Ah, and we return to football, the genesis of the rivalry. And without hesitation or equivocation we can say that the Cleveland Gladiators, our lovable arena football squad owned by noted petulant huckster Dan Gilbert, that has never won the AFL championship, are far superior to the Pittsburgh Passion, your women’s pro team that has ... let us just check the history books one second ... yes, won a championship, been the first female team with a game broadcast on a major sports network, and once enjoyed a 23-game winning streak over three seasons. I think our case really makes itself here. 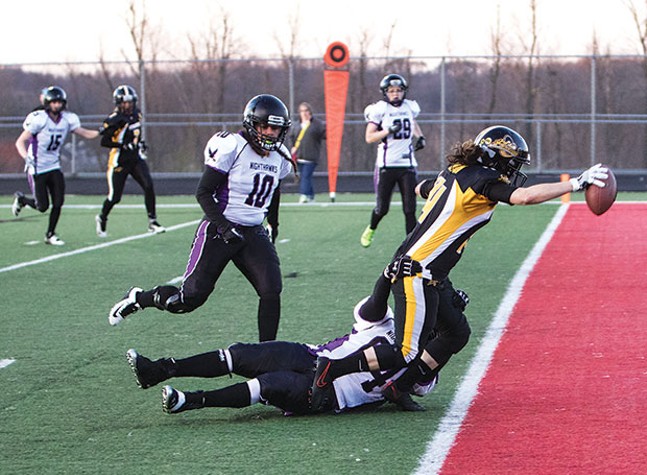 Thanks, Cleveland, we couldn’t have said it better ourselves. One of these is competitive tackle football played at a high level by passionate athletes outdoors in the elements. The other is played by a bunch of has-beens and never-weres in the same arena as the Foghat reunion tour the night before. The Pittsburgh Passion is a venerable franchise in women’s professional football. The Cleveland Gladiators are a nomadic AFL team that came from New Jersey by way of Las Vegas. Formed in 2002, the Passion, co-owned by trailblazer Theresa Conn and former Steeler Franco Harris, has won three world titles and two division titles. Team leader Lisa Horton — yes, I know she’s from fucking Berea — is more talented and more successful than any Browns quarterback of the past 15 years. As for why the Cleveland Gladiators suck? It’s football played in a fucking gym. We have that here, it’s called high school P.E.