The Prime of Miss Jean Brodie at Little Lake Theatre 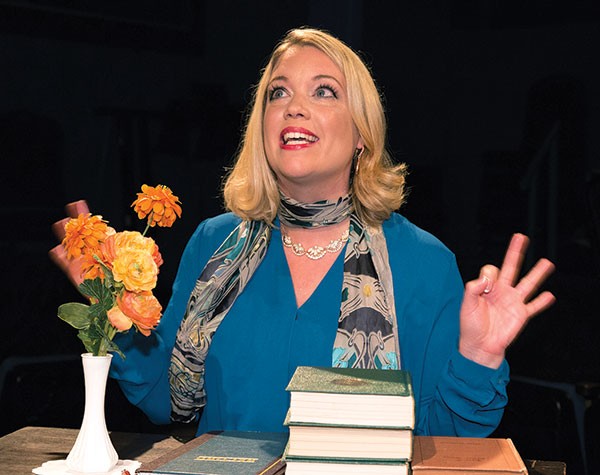 THE PRIME OF MISS JEAN BRODIE

continues through Aug. 13. Little Lake Theatre, 500 Lakeside Drive, Canonsburg. $13.75-21.75. 724-745-6300 or littlelake.org
With a new school year just around the corner, there might not be a more apt show to see than The Prime of Miss Jean Brodie, now playing at Little Lake Theatre. Based on the 1961 novel by Muriel Spark, this adaptation by Jay Presson Allen is itself a venerable classic, though the tale is arguably best remembered as the 1969 Oscar-winning film starring Dame Maggie Smith.

Set in Edinburgh, Scotland, on the cusp of World War II, the play follows the eponymous laissez-faire teacher, played with a balance of devilish glee and little-girl-lost pathos by the always-arresting Jennifer Sinatra. Jean is a force of nature at the Marcia Blaine School for Girls. Not even dual affairs with married artist Teddy (the consistently on-point Eric Leslie) and inexperienced music teacher Gordon (a hapless yet lovable Ned Salopek) can hinder Jean’s reign. However, she soon learns that no prime can last forever when her life begins to unravel thanks to her fascist ideology and her manipulations of both faculty and students alike.

Among her cohort of students — the “Brodie girls” — the performances are top-notch. Melodramatic Monica (Lily Lauver), elegant dancer Jenny (Carly DeCock) and sweet outcast Mary MacGregor (Grace Lingerfelt) all shine on stage, delivering a unique mix of innocence and sly charm. At the forefront, Elizabeth Bennett gives a standout performance as Sandy, Miss Brodie’s most “dependable” student, who is the first to see the cracks of hypocrisy in her beloved teacher’s façade.

Behind the impressive cast of 15 is Ponny Conomos Jahn, in her directorial debut. An actress herself, Jahn shows great restraint, steering the production clear of any potential missteps. In particular, a framing device features an American journalist (played by Joe Eberle) interviewing Sister Helena (Joyce Miller), a former Brodie girl who penned a blockbuster book inspired by her time at the Marcia Blaine School. This rather familiar flashback technique could have easily been tiresome or even gimmicky, but under Jahn’s direction, Eberle and Miller make the most of their roles and imbue the production with a down-to-earth appeal that the flighty Miss Brodie herself sorely lacks.

A winning production, The Prime of Miss Jean Brodie is ultimately everything you want in a play — and everything you probably don’t want in your child’s teacher.