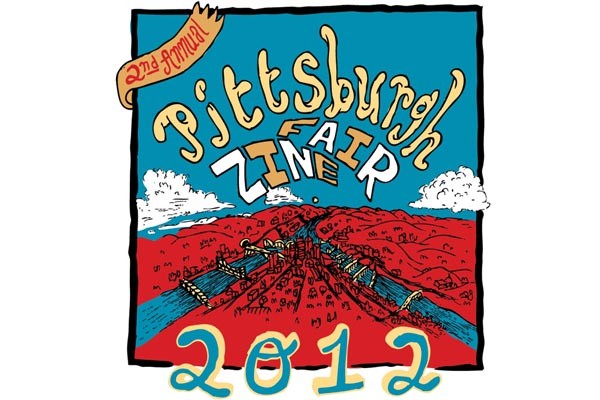 Blogs are a practical tool for today's tech-savvy self-published writers and artists, but the crowded aisles at last year's inaugural Pittsburgh Zine Fair proved that handmade self-publications are more relevant than ever. In Pittsburgh, local writing collectives (like Cyberpunk Apocalypse) and book publishers (like Encyclopedia Destructica) hold zine readings in homes and coffee shops. Shelves at The Big Idea bookstore and other establishments are weighted with zines dating back to the '90s. And don't forget the Carnegie Library of Pittsburgh main branch's collection of more than 1,200 zines covering topics including health, anarchism, parenting, feminism, music and more.

"Zines are now being taken serious[ly] enough to be archived and cataloged, so people can use them to research various topics and cultures," says Carnegie Library librarian Jude Vachon. "Zines are no longer merely 'cute' or 'edgy.'"

A handful of Pittsburgh artists, cartoonists and zinesters created the region's first zine fair last year. With a true DIY budget of less than $100, and fewer than three months of planning, organizers invited more than 30 local and regional vendors to Artists Image Resource and celebrated a medium that, while still hidden from the mainstream, remains essential to many.

"I believe that zines and other independently produced publications hold a special magic in them," says event organizer Andy Scott. "They're a small reminder that people still care about personal, satisfying work and would like to express themselves on an unregulated and unrestricted platform."

This year, the free, all-day fair moves to Carnegie Mellon University in hopes of reaching more diverse audiences. "While it's important to retain the support of [last year's] audience, attracting the attention of the general public is our goal, because zines should appeal to everyone — because anyone can make them," says Scott.

Lectures, workshops and panel discussions are expected, while more than 45 exhibitors will share or sell artwork, comics and zines. As zine-maker Art Noose notes, the event also offers fans a chance to connect faces with names.

"Last year [at the fair], a friend met a long-term fan of his zine," she says. "It's great when the makers get to meet people whose words and images have had a powerful and lasting effect."