The Pittsburgh Water & Sewer Authority is working to address high lead levels, but misinformation and current testing practices could put residents at risk

“They are giving the worst possible advice for homes with lead service lines.” 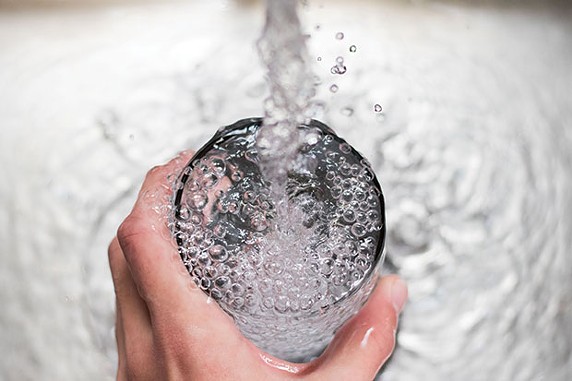 On Dec. 6, about a half-dozen people are at the Hill District’s Jeron X. Grayson Community Center for a public meeting about lead in drinking water hosted by the Pittsburgh Water & Sewer Authority.

PWSA Interim Executive Director Bernard Lindstrom presents a friendly, folksy demeanor, quick with a handshake and chuckle. “What we decided to do a couple months ago,” he tells the scattered few in attendance, “is start doing community engagements like this” to get information to the public.

While Lindstrom makes it sound like these meetings are the PWSA’s idea, the authority was required to host the public meetings by the state Department of Environmental Protection (DEP) after it discovered lead in Pittsburgh water exceeds the federal standard. [Editor's Note: After this story was published, PWSA spokesperson Will Pickering emailed City Paper to state: "I want to clarify that PWSA wasn't mandated by DEP to conduct community meetings. We were mandated to conduct public outreach, but the Council district meetings are over and beyond those."]

According to the Centers for Disease Control: No amount of lead is safe for human consumption; pregnant women and children under 7 are especially vulnerable; and lead poisoning is associated with a range of problems, from abdominal pain, headaches and fatigue, up to the risk of severe developmental delays and permanent brain damage.

In light of the dangers of lead poisoning, lead-pipe installation declined even before World War II. Since then, whenever the PWSA encounters a lead pipe, it replaces it with a safe alternative. But despite this work, the authority estimates that 20 to 30 percent of homes in Pittsburgh have lead service lines — the pipes that connect the water main under the street to the homes themselves.

While PWSA is working on solving the issue, there are many barriers to protecting Pittsburgh residents. For one, the scope of the problem in the city is not known because PWSA admits it doesn’t know where most of the lead service lines are. In addition, water-quality experts say the methods used to test lead levels are inadequate, and the PWSA’s own guidelines to reduce exposure to lead may actually increase risk.

Pittsburgh City Councilor Theresa Kail-Smith, who represents the city’s western neighborhoods, has held several special meetings about the PWSA in recent months and has publicly called for an outside investigation into the agency. Kail-Smith says she wants the investigation so residents can be assured that everything will be done to make sure their drinking water is safe, that the PWSA is operating with “integrity and that their elected officials are representing their concerns.” Because at this point, she says, “I have no level of confidence we are getting accurate answers.”

The public first learned of lead issues at the PWSA after the agency switched to a different lead-corrosion-control chemical. As common practice, public water suppliers like the PWSA add corrosion-control chemicals to their water supply to prevent lead from leaching into water.  Applied correctly, the chemical coats the inside of the pipe with a protective barrier that keeps lead from contaminating city water.

Improper corrosion control is what caused the water crisis in Flint, Mich.: Source water was switched from Lake Huron to the more polluted Flint River, but corrosion control wasn’t adjusted to match the chemistry of the new supply, causing the barrier to erode.

Legally, the PWSA and other water authorities must conduct studies and seek pre-approval for any changes to their corrosion-control chemical. Since 1995, the PWSA has been required to use soda ash for corrosion control, but starting in April 2014 it illegally switched to caustic soda for 21 months, then switched back to the approved chemical.

PWSA painted the return to soda ash as a proactive change done to protect the public: “We decided to switch this week after seeing the news of issues in Flint, Mich., in order to add one more layer of safety to our system,” said Brendan Schubert, the PWSA spokesperson at the time.

It was these public statements that caused the state’s Department of Environmental Protection to notice the illegal switch. In April 2016, DEP cited PWSA “for making a substantial modification to its drinking water treatment system without prior approval by DEP.”

So who made the change? The city blames Veolia North America, a multinational corporation based in France that managed the city’s water supply for three-and-a-half years beginning in 2012. Brought in to cut costs — about half of PWSA’s budget goes to pay off debt — Veolia’s tenure was marked by complaints about malfunctioning water meters and missing or severely inflated bills.

The PWSA has since sued Veolia for gross negligence and is seeking up to $12.5 million in damages; Veolia contends that the PWSA board retained ultimate decision-making authority for the agency and that the change in corrosion control “was not initiated by (or at the direction of) Veolia’s team.”

The effect of the switch is unknown. PWSA spokesperson Will Pickering said the agency is “currently examining the available historical data covering the dates when caustic soda was used.” The DEP is also still investigating.

But Right to Know documents acquired by England’s The Guardian show that the DEP expressed concern that the switch could have affected lead levels.

In one such email from July, a DEP official emailed PWSA acting Chief Water Quality Officer Gina Cyprych to state the DEP believed it “prudent” for the PWSA to treat its water with a start-up dosage of soda ash for at least three months “to stimulate restoration of a protective barrier within the Authority’s distribution system.”

After the unauthorized switch, DEP required PWSA to begin a public-education program, investigate lead levels across the system and test 100 “tier-one” sites across the city, meaning single-family homes with lead pipes, lead service lines or copper pipes with lead soldering.

The results of the compliance tests were announced in July, and 10 percent of the samples came in at 22 parts per billion, well exceeding the federal action limit of 15 ppb. As a result, PWSA must replace at least 7 percent of its lead service lines annually.

This is a significant undertaking for any city, but worse for Pittsburgh given that PWSA doesn’t know where most of the lead service lines are. At public meetings, PWSA stresses that its records are antiquated, and that there are more than 100,000 historical documents that must be digitized to find the pipes.

PWSA says the line replacements will begin “in earnest” this spring, and its goal “is to make service line locations available, to the extent [possible], digitally in 2017.”

Unfortunately for consumers, PWSA will only replace its portion of lead service lines, from the water main to the property line. Anything else falls to the homeowner to replace, at a potential cost of thousands of dollars. And in a cruel irony, a 2013 EPA study entitled “Detection and Evaluation of Elevated Lead Release from Service Lines: A Field Study” shows that disruptions to the service line such as a partial line replacement actually increase short-term lead levels. The PWSA says it is “continuing to engage potential partners regarding lead-service-line assistance programs,” but nothing is in place yet.

In the meantime, the authority plans to increase rates by 13 percent in 2017 and 8 percent in 2018 to help pay for the cost of replacing the service lines.

At the recent community meeting where PWSA’s Lindstrom explained the city’s lead problem, he presented a large poster board with solutions PWSA is pursuing and how the public can protect itself from lead exposure.

“I can’t overemphasize this right here,” he says. “We made this big board because we wanted to share it, so anytime the press comes around or the media, I make sure I’m standing right next to this thing. This is the solution.”

No. 1 on the solution list is the PWSA’s recommendation for flushing home pipes after periods of inactivity to minimize lead consumption: “Run water for 15-30 seconds, or until it becomes cold or reaches a steady temperature to flush out lead,” it reads.

Lead is water-soluble, so the longer water sits in a lead pipe the more lead will leach into the water before exiting the faucet.

“Temperature change indicates that water is coming into the home from the main, which contains no lead,” says PWSA spokesperson Pickering.

But water-quality experts say this information isn’t accurate. The first change in temperature, they say, indicates water from the service line, not the water main. Therefore, waiting for only 15 to 30 seconds, or until the first temperature change, could lead residents to drinking water directly from the lead service lines, where the most lead is present.

“They are giving the worst possible advice for homes with lead service lines,” says Marc Edwards, a civil and environmental engineering professor at Virginia Tech. “The words they are giving to consumers to avoid water lead, actually causes exposure to the worst water possible.”

Edwards is one of the world’s leading experts on corrosion in public-water supplies. He and his team are credited with uncovering the lead crisis in Flint, Mich. In 2004, he uncovered lead in Washington, D.C.’s water system that led to a months-long investigation by the Washington Post and Congressional hearings. 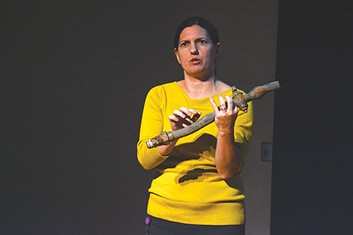 “Their ignorance,” he says of PWSA, “is both dangerous and inexcusable.”

Oddly, PWSA’s water-flushing instructions are virtually identical to the instruction given in the PA Code for how to acquire a lead-service-line sample: “[Allow] the water to run until there is a significant change in temperature which would be indicative of water that has been standing in the lead service line.”