The Pittsburgh Public Market is slated to move up the street

Market organizers are hopeful about the potential new space 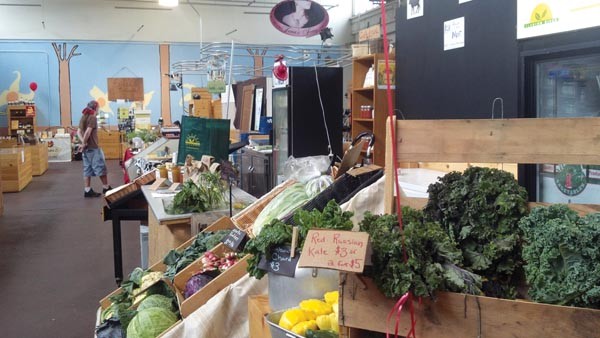 Photo by AmyJo Brown
Locally sourced vegetables are among the market's offerings.

With plans for the Buncher Company's Riverfront Landing project moving forward in the Strip District, Tiffani Emig, the manager of the nearly two-year-old Pittsburgh Public Market, says she's looking forward to the day the market moves up Smallman closer to 21st Street. Currently, the market is located in the portion of the historic Produce Terminal set to be demolished.

"When we moved in, we knew this development was potentially going to happen," Emig explains. "We're thrilled to have that [new] location. Being next to [the Society of Contemporary Craft] will offer greater collaboration. It's more to the heart of what we do."

Emig says plans are being worked on for the interior of the new location, which will be at least the same size as the current space, which is about 10,000 square feet. "It will look a lot more like a permanent space," and include the equipment, storage and electricity needed for merchants to cook food from start to finish.

"At this point, all of our prepared-food merchants have to contract with a commercial kitchen, make their food there and then bring it here and reheat it to sell it," she explains. "It's been an issue. That's really our biggest challenge."

She also says they are also looking forward to air conditioning.

The market draws about 3,000 people per weekend on average, Emig says. It has 24 full-time merchants and another half-dozen part-time ones, with room for about a dozen more.

The nonprofit organization running the market, which operates on an annual budget of about $175,000, ran into tight times earlier this year and had to lay off a part-time employee. But Emig says they are ready to hire again: "We're going to be expanding the staff here shortly."

As for the long-term plans, she says the staff is still waiting on the timetable and final numbers from Buncher, but does expect they'll have to do additional fundraising for the upgrades in the new location.

"The big thing is that we're not closing," Emig says. "Everyone here is really excited about the location and the site."