"The task at hand has always been to win a World Series ring." 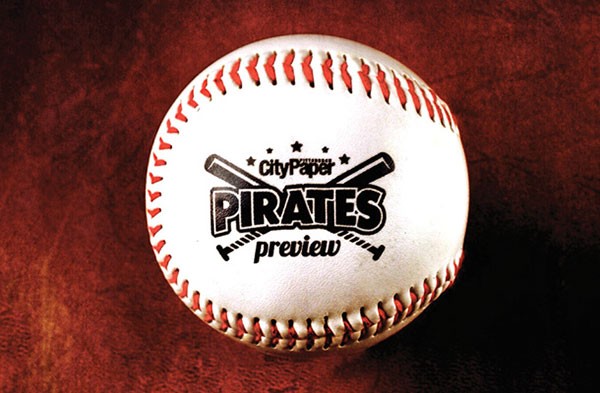 A few years ago, if players in the Pirates spring-training clubhouse had told you that they were confident that the team could compete for the World Series title, it would have been hard not to laugh out loud. But that's not the case anymore. Not by a long shot.

"Our goal first and foremost is to win the division," says Pirates shortstop Jordy Mercer. "We've been in the playoffs the past couple years, and the expectation here is no longer just to get to the playoffs.

"The expectation is to win the division and ultimately get to the World Series."

He's serious, and he's not alone.

"Our goal is to get into and win the World Series," says Pirates closer Mark Melancon. "And we've made strides toward that end. The front office did a great job in the offseason with the signings they've made to get the guys in here to help us compete."

Adds first-baseman Pedro Alvarez: "We have our vision and goals for the upcoming season, and the task at hand has always been to win a World Series ring."

It won't be an easy task. And with a long, grueling season ahead, here are five storylines to watch for.

Pedro Alvarez moves to first base

Batting practice is coming to a close, and Pedro Alvarez is still at first base shagging grounders. In less than two hours, he'll put on his game uniform and play an actual spring-training game.

"I've been feeling good, feeling pretty comfortable out there," Alvarez says in the McKechnie Field clubhouse after that game. "I've been able to do that, taking every rep at first that I can. But I've always done that. I've always worked hard regardless of the position.

"Whether it's during batting practice or just playing catch, my priority is making that position as close to second nature as I possibly can."

If the Pirates want to get over the hump this year — win the National League Central Division and become true World Series contenders — they need production both offensively and defensively from their corner infielder who is making the transition from third base to first.

A 2014 campaign saw Alvarez commit 25 errors — most of them involved horrific, wild throws to first base that sailed all over the infield. And defense wasn't the only part of his game that suffered. He hit just 18 home runs and managed just 56 RBI after a 2013 season where he hit 36 home runs and 100 RBI.

"My goal is to go out there every day and help this team get better and achieve its goals," Alvarez says.

If his problems in the field and at the plate can be solved by simply working harder, then Alvarez should be fine. But the Pirates aren't leaving anything to chance. They spent $2.5 million in the offseason to sign veteran first-baseman Corey Hart (more info on page 22). And Andrew Lambo — who hasn't been able to reproduce his monster minor-league power numbers in the majors the past two seasons — has been looking good this spring.

The Pirates may have the best outfield in baseball

That may be a hard declaration to quantify, but it's one of those things you know when you see it.

Any of the Pirates' three outfielders — from left field over to right, respectively, Starling Marte, Andrew McCutchen and Gregory Polanco — could play centerfield on any other team in the country.

"I think we have a chance to catch every ball that's hit to the outfield, every ball," Marte told the Pittsburgh Tribune-Review in February.

There's certainly competition out there for the best-outfield title. Mainly, the Florida Marlins, a team that features Marcell Ozuna, Giancarlo Stanton and Christian Yelich. But the combination of McCutchen, Marte and Polanco will be tough to top both in the field and at the plate.

All three possess blazing speed on the base paths and can hit for power. And, as good as McCutchen has been with the Pirates, there's a chance at some point in the next couple of seasons that he will be surpassed by Polanco. While Polanco's major-league debut last June was much-heralded, he struggled at times in his 277 plate appearances. But he has intangibles — like the ability to produce a five-hit game in just his third big-league appearance — that make you think the sky's the limit. 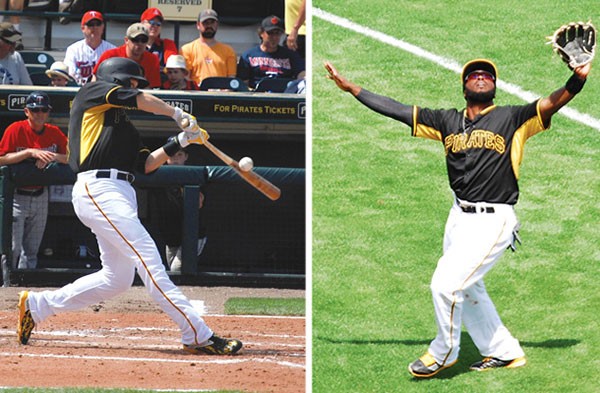 There's no doubt that the Pirates have a good collection of ballplayers. But to become great and take the next step, they have to be consistently better every day.

Take defense, for example. As a team last year, the Pirates had a big problem with errors — their total of 109 was the third-worst in all of baseball and the worst in the National League. But things are looking better, says manager Clint Hurdle.

"We just committed our first error of the spring yesterday, 10 games into the season," Hurdle says. "That's significant. We're doing a lot of things well, and we just need to work hard and get better every day."

One area where the Pirates have continued to struggle is offensively. Despite the potential for big hits in key moments with players like Alvarez, McCutchen, Marte and second baseman Neil Walker, the Bucs haven't always come through, and those woes have continued this spring.

"I think we have been very consistent in all aspects of our game except offensive consistency," Hurdle says. "We are going to continue to work toward being the offense that we know we can be. Pitch selection is going to be critical — we've got to get good pitches to hit."

It can be done; Mercer's 2014 campaign showed that. He began 2014 as the starting shortstop but struggled mightily at the plate and in the field, committing 11 errors. But he was able to turn it around and become a key component for the Pirates, finishing the season with 12 home runs and 55 RBI. He says those struggles have helped him going into this year.

"I'm confident going into this year because I struggled so much at the beginning of last year and was able to overcome it," Mercer says. "It was really a tough couple of months, but my teammates believed in my abilities and, more importantly, I believed in myself and I was able to bounce back.

"I'm a better player today because of that."